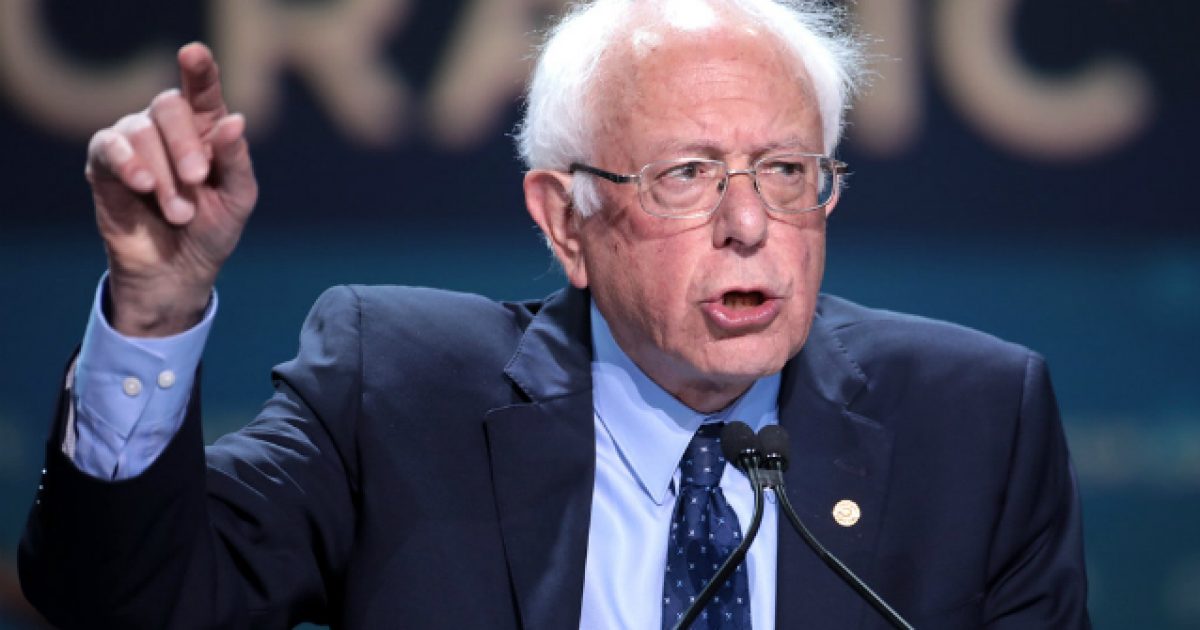 Bernie Sanders is enjoying a massive boost in the polls thanks to a solid showing at the Iowa caucuses and his victory in New Hampshire, but what’s good news for the Vermont senator is not so hot for original favored candidate former Vice President Joe Biden who continues to crumble.

Former New York City Mayor Michael Bloomberg, however, is also enjoying a major surge in the polls. This just goes to show you that politics are totally unpredictable, as everyone sort of assumed the nominee would, without a doubt, be Joe Biden. The landscape continues to shift.

Sanders garnered 32 percent support in the ABC News/Washington Post poll, followed by Biden at 17 percent and Bloomberg at 14 percent. Sanders has been boosted by a win in the Vermont primary and at least a top-two finish in the yet-to-be-called Iowa caucuses, while Biden is still counting on his South Carolina firewall to hold after middling finishes in both states.

The trio is trailed by Massachusetts Senator Elizabeth Warren at 11 percent, the only other candidate reaching double-digits in the poll.

BREAKING: Bernie Sanders is soaring and Joe Biden has crashed in national preference for the Democratic primary, new @ABC News/WaPo poll finds—while Iowa and New Hampshire helped clear room for a candidate not yet on the ballot: Mike Bloomberg. https://t.co/t2bD8u1cKb pic.twitter.com/QK5ZQq4hsL

The ABC News/Washington Post poll follows another national poll released Tuesday by NPR/PBS NewsHour/Marist which had Bloomberg in second place behind Sanders and Biden in third. That poll put Bloomberg over the top of the Democratic National Committee’s threshold to participate in Wednesday’s debate in Las Vegas ahead of the Nevada caucuses.

Bloomberg, whose 14 percent total in Wednesday’s poll is up from 8 percent in January, has seemed to poach moderate Democrats from Biden’s camp with his huge advertising budget, spending upwards of $400 million so far. He is not competing in any of the first four primary states — campaigning instead in delegate-rich Super Tuesday states while the other candidates toiled away in Iowa, New Hampshire, Nevada and South Carolina, allowing him to rise in the polls all while not securing a single delegate so far.

It’s looking likely that the top three candidates to keep an eye on as the primary season winds down are Sanders, Buttigieg, and Bloomberg. Biden isn’t likely to throw in the towel until the last minute, but it seems that interest in his candidacy is drying up fast.

Who will be the chosen one to take on Donald Trump — and likely lose — in the election come November? Who knows, but if I had to put money down on it, I have a feeling it could well end up being Bloomberg. The left see him as the “anti-Trump” since he’s a billionaire like the president, which is weird because liberals supposedly hate the rich.

Guess we’ll have to wait and see.

ICYMI: Schumer Confirms Dems Will Stand ‘United’ Behind Socialist If Nominated for POTUS