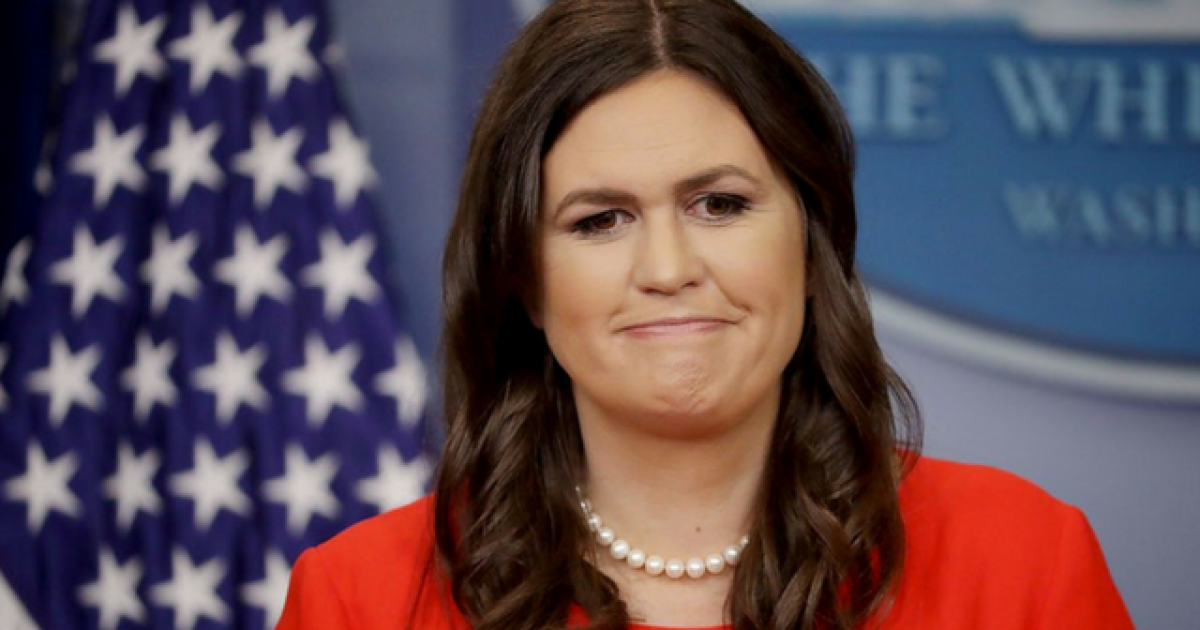 Sarah Huckabee Sanders has quickly become one of the best-loved members of the Trump administration for her relentless tenacity and press as she faces the shark tank of unfriendly reporters in the White House briefing room each week.

While she’s definitely been known to get a few zingers in when reporters like Jim Acosta and April Ryan push her a little too hard, but she still never stoops to their level, and always remains polite and courteous in the way she conducts her briefings.

So it was no surprise that when she and her family were recently asked to leave a Washington DC area restaurant, she politely complied and took to Twitter to explain that, no matter how she is treated, she always does her best to treat others with respect.

Last night I was told by the owner of Red Hen in Lexington, VA to leave because I work for @POTUS and I politely left. Her actions say far more about her than about me. I always do my best to treat people, including those I disagree with, respectfully and will continue to do so

“Last night I was told by the owner of Red Hen in Lexington, VA to leave because I work for @POTUS and I politely left,” she wrote. “Her actions say far more about her than about me. I always do my best to treat people, including those I disagree with, respectfully and will continue to do so.”

The co-owner of the Virginia restaurant Red Hen, Stephanie Wilkinson, who was the one to ask Sanders to leave, explained her side of the story to the Washington Post this week.

“I’m not a huge fan of confrontation,” she said. “I have a business, and I want the business to thrive.”

“This feels like the moment in our democracy when people have to make uncomfortable actions and decisions to uphold their morals,” she continued, describing the actions of the Trump White House as “inhumane and unethical,” and that, if placed in the same situation, she “would have done the same thing again.”

Wouldn’t it be great if all Americans had the right to do what Wilkinson did? From the bleeding-heart liberal restaurant owner to the Christian baker or photographer. I personally think we should celebrate Wilkinson’s personal liberty–and continue to fight for the liberty of all Americans.