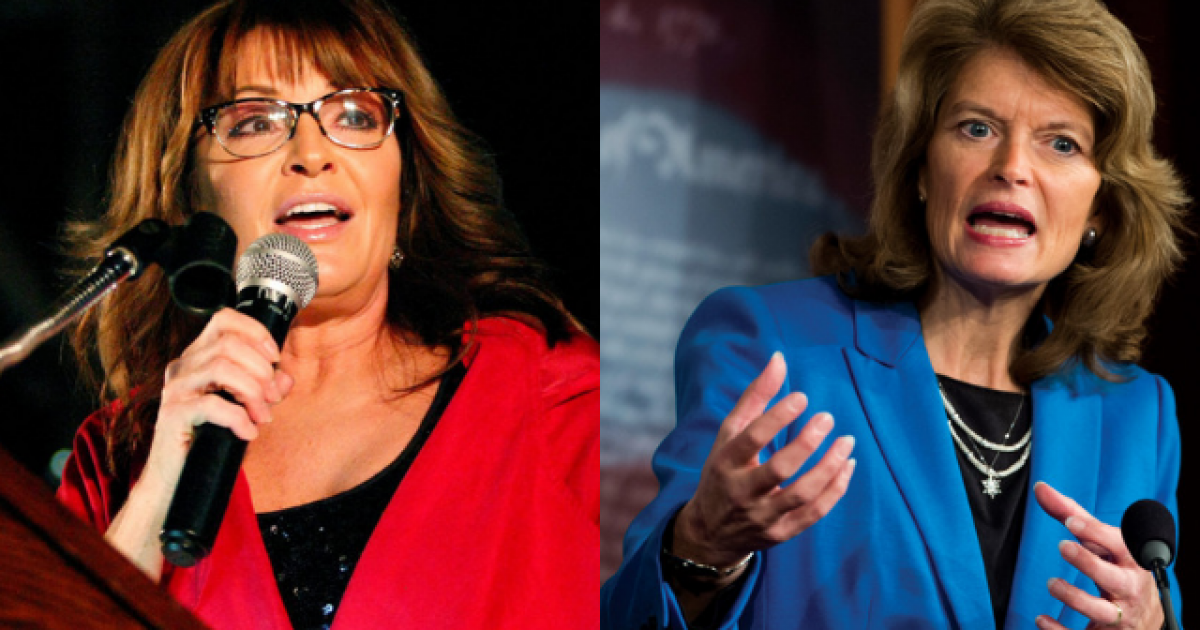 As the hellish confirmation process for Brett Kavanaugh finally draws to a close, the handful of Republicans who have said they will vote “no” on whether or not to confirm him to the Supreme Court have come forward to explain their reasoning.

Republican Lisa Murkowski (R-AK) gave a lengthy explanation on why she will not be voting for Kavanaugh on the floor of the Senate last night, which can basically be summed up as such: the last-ditch effort by Democrats to paint him as not having the right “temperament” for the job because of the way he defended himself after having his family’s name dragged through the mud with awful and false allegations was enough to convince Murkowski, for some reason.

Other Republican women who were not so convinced by this narrative are sending her a warning: watch out when you’re up for re-election.

The most famous Alaska Republican, Sarah Palin, offered her warning in the form of a humorous spin on a quote attributed to her from the 2008 election (which is really from an SNL sketch), The Washington Examiner reports:

Former Alaska Gov. Sarah Palin sent a warning Friday to Sen. Lisa Murkowski, R-Alaska, that she could face challengers in a primary race when she is up for re-election in 2022, a comment made after Murkowski was the only Republican to vote against advancing the Supreme Court nomination of Brett Kavanaugh.

“Hey @LisaMurkowski – I can see 2022 from my house…” Palin tweeted, a reference to a “Saturday Night Live” skit where Tina Fey impersonated Palin and said, “I can see Russia from my house.”

“I like Alaska…a lot. Maybe it’s time to run for Senate after all,” Ingraham tweeted Friday morning. “@lisamurkowski has abandoned all principles of due process and fairness. Disgraceful. “#ConfirmKavanaugh.”

“I like Alaska…a lot. Maybe it’s time to run for Senate after all,” Ingraham tweeted Friday morning. “@lisamurkowski has abandoned all principles of due process and fairness. Disgraceful. “#ConfirmKavanaugh.”

Murkowski has little reason to vote against Kavanaugh, and these women are likely correct that it won’t reflect well on her when she’s up for re-election.

The Democrats have clearly attempted a carefully crafted character assassination against Kavanaugh for political reasons, but their cards are showing now that it’s failed. To bend to their influence is a mistake for any Republican.