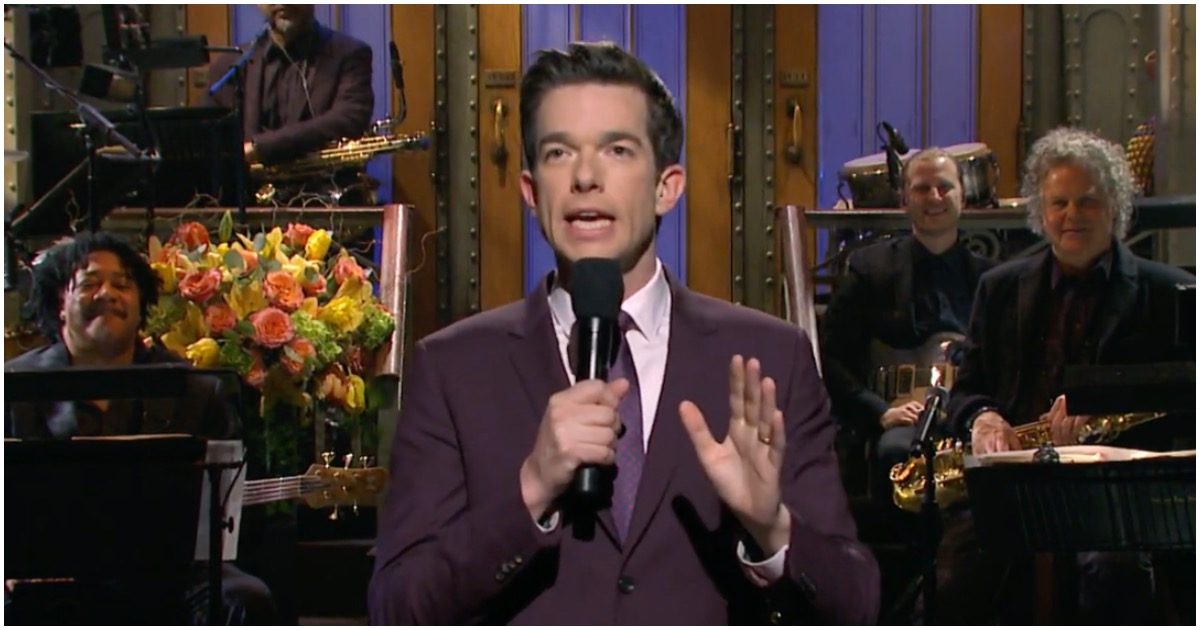 What happened to sticks and stones may break my bones but words will never hurt me? A joke is a joke, people. Let’s not forget that. Comedians do what they do for our entertainment, sometimes at our expense.

But when it comes to President Trump, there’s such hatred behind the humor that allows lefties to bond in a rather uncomfortable way. For example, when comedian John Mulaney describes assassinating POTUS Julius Caesar-style, it hits all the wrong notes.

Former Saturday Night Live writer and host John Mulaney made a joke Saturday on NBC, that compared President Donald Trump to Julius Caesar “a powerful maniac” who was assassinated by a group of senators.

Comedian Tom Arnold can say whatever he wants because he’s a liberal. The same liberties are not extended to conservatives.

But conservatives are the fascists, right?

Before President Trump’s massive Dallas rally in October 2019, Arnold sent a tweet telling POTUS not to get too cocky about the size of the crowd because after all, people showed up in Dallas to see JFK.

Of course, JFK was murdered in Dallas which is clearly what Arnold was suggesting.

If he thought he was being clever, he guessed wrong. But he wasn’t trying to be. He knew exactly what he said. 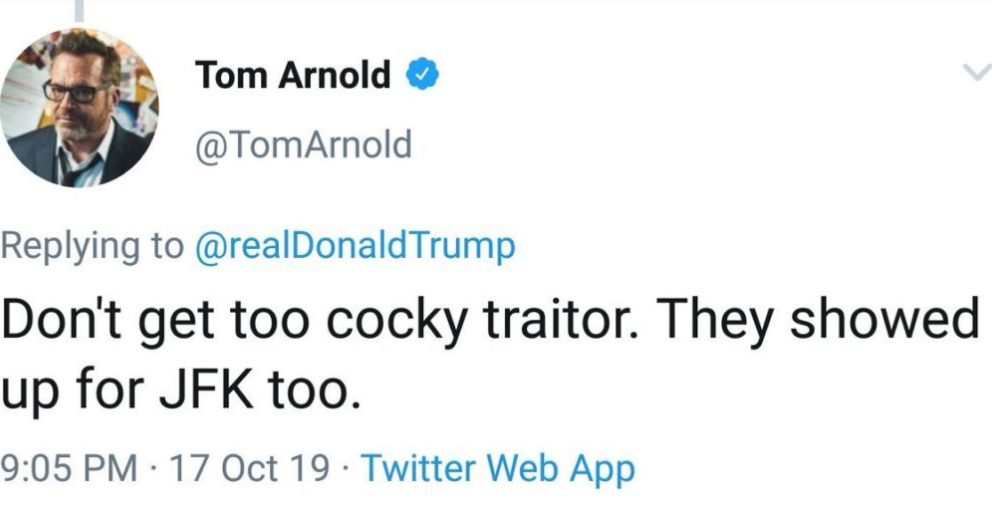 Right Wing Trump Radio tries to give me & the lefties hell this morning. Wait for the caller. We’re winning. #Redeye #KABC #ImpeachmentTaskForce pic.twitter.com/K6Os9GHjo7

That is not the face of someone who is winning at anything.

Divisiveness is bad, @TomArnold
Dont make me come over there and put you in a front headlock.

Bless your heart. You talked about assassinating our democratically elected President, then deleted the tweet. That makes you a coward. And shows how desperate you leftie nuts are.

You threatened the POTUS. And why does your nose sound so clogged? Sniff*