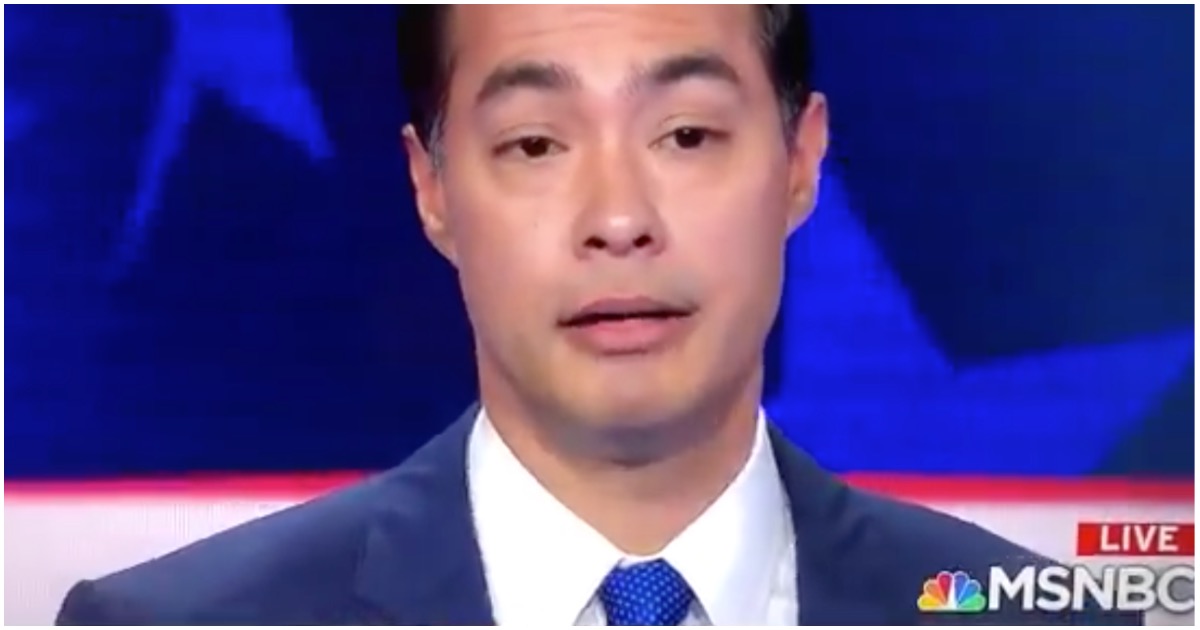 So, this isn’t humanly possible.

But in Democratville, it makes complete sense.

You will all be relieved to learn that if elected president, Julian Castro will fight for the rights of men to have an abortion ????????‍♀️????????‍♀️. #DemDebate pic.twitter.com/GAfakmvHR8

Julian Castro: “I believe that transwomen(men that transitioned to women) should have the right to have an abortion.”

Julian Castro: "I believe that transwomen(men that transitioned to women) should have the right to have an abortion."

Castro, former HUD secretary in the Obama administration and mayor of San Antonio, once compared POTUS to Hitler’s “Third Reich.”

Castro noted, “It’s clear what he has tried to do, what the president has tried to do is dehumanize, to otherize these immigrants and that is very similar to what Congressman O’Rourke was talking about.”

When asked if comparing Trump to the Third Reich was appropriate, Castro said, “I think one of the things that that regime did was to dehumanize people. There have been other regimes that also dehumanized people. Fortunately, we haven’t traveled down, of course, the same path. And we won’t because this country is better than that. And I believe that this president is going to get defeated in 2020. However, it’s very clear that we have a president who is bound and determined to dehumanize people to create a fear and paranoia about them in order to boost his own political fortunes.”

Where do these guys get off? Do they know anything about Nazi Germany, Adolf Hitler, or world history in general?

It would appear not.

Without realizing it, Castro agreed with a Trump policy regarding Central America. In other words, it’s time for Julian to throw in the towel.

The person who wins the Democrat nomination for president must be, and will be, absolutely opposed to every single word President Trump has ever said.

The mainstream media will make sure of that.

Former secretary of housing and urban development Julian Castro appeared to inadvertently endorse President Donald Trump’s policy toward economic development in Central America while attempting to explain the contrast between himself and the president on immigration.

Castro, at one point, was considered to be a potential VP running mate for Hillary Clinton.

Now, he pretty much has zero name recognition and isn’t exactly fairing well in early polls.

ICYMI: Biden Appears to Call for Violence Against Republicans, Need for ‘Physical Revolution’