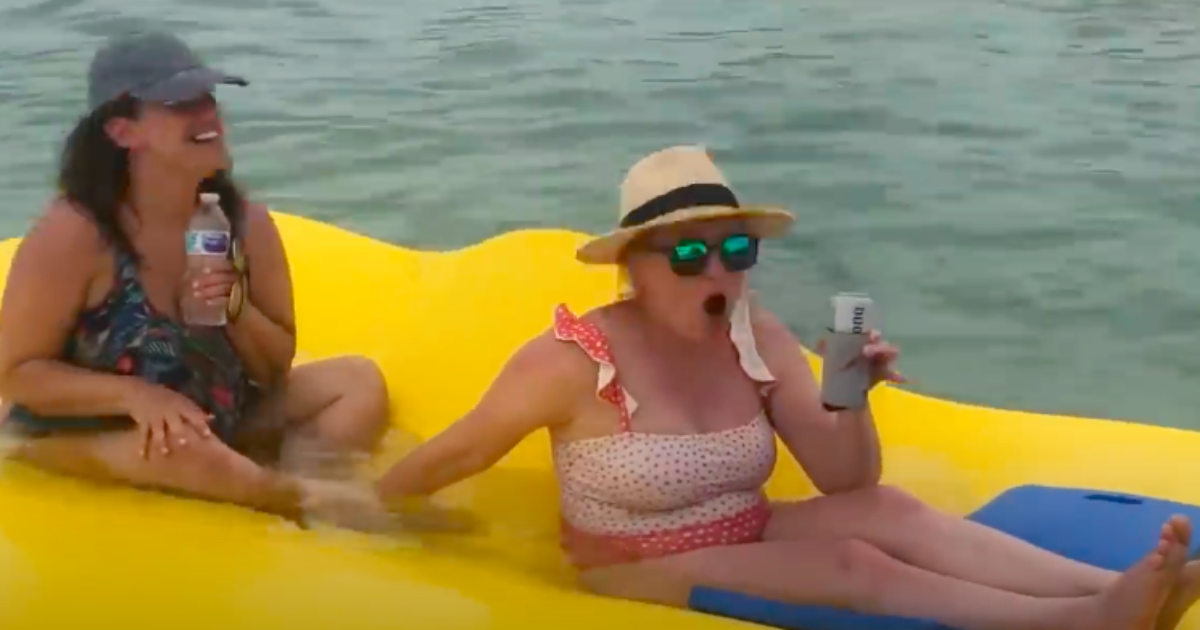 It may be one of the most intrinsic fears that any of us have while at the beach, and it has been dramatized over and over again in Hollywood and beyond.

I’m speaking, of course, about shark attacks; a meeting of man and beast that almost never sees man come out on top.  These are, after all, one of nature’s most efficient killers, who strike without remorse or fear, and who are purposefully built to win this fight.

Terrifying new video from Florida shows just how close some beachgoers came from being just another snack for these powerful killing machines.

Beachgoers in Florida let out screams when a group of hammerhead sharks circled them.

Shrieks and laughter could be heard by adults and children nearby as the sharks’ fins began to emerge from the water over the Memorial Day weekend in Pensacola.

The video was captured by Jacqueline Lesso of Alabama, who was on a boat with friends on May 29 and counted multiple sharks while recording, Fox 13 News reported.

“They’re coming in!” a woman in the video said.

Two people sitting on a float nearby appeared to be unbothered by the hammerheads, while the third told someone to “shut up” when they said the sharks were right under her.

The video was simply terrifying:

Luckily, no one was hurt in the incident, and the hammerheads just cruised on by after putting on the horrifying display.