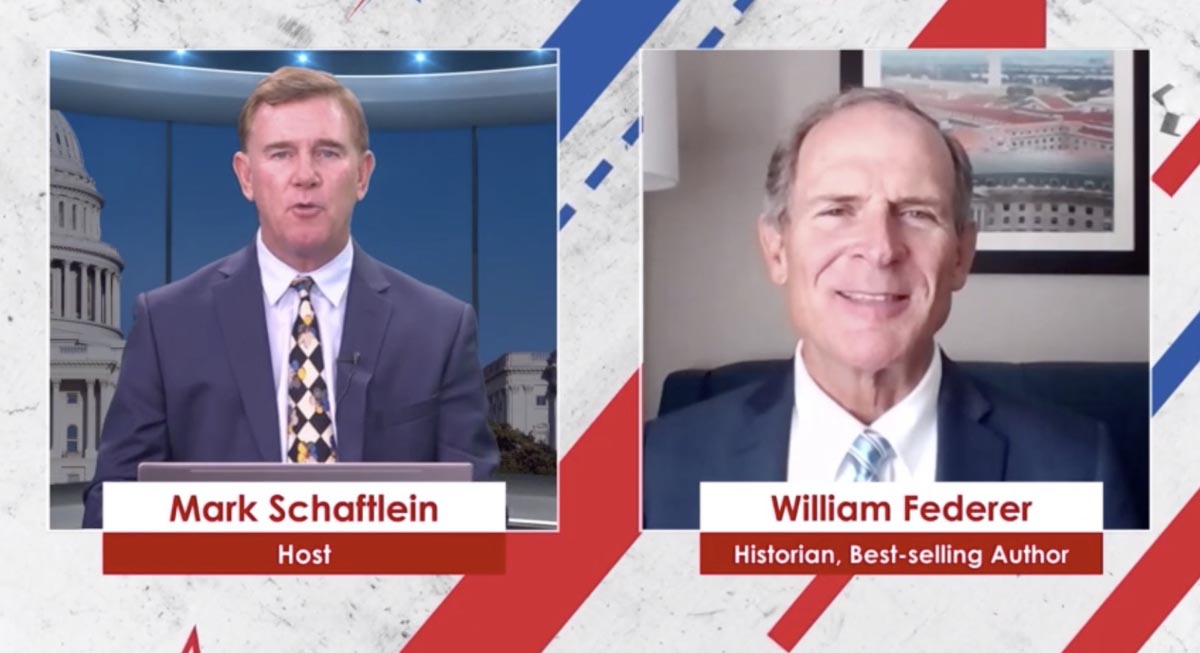 Guest: William J. Federer – Historian, TV/Radio Personality ( AmericanMinute.com ), and Best-selling Author of the new book ‘Socialism – The Real History from Plato to the Present: How the Deep State Capitalizes on Crises to Consolidate Control’
Topics:
1) Infrastructural Bill procedural vote scheduled for Wednesday by Schumer is in trouble as the final bill is not yet completed.
*He wants a Shell Bill to then be supplanted with the real bill coming later – Who does that? Republican moderates have asked for an extension until Monday
*Democrats are trying to add Amnesty to the second 3T human infrastructure deal
2) Bezos and Blue Origin rocket to space completing a successful space launch and landing!
*Commercial space travel to follow
3) 47% of Americans are vaccinated Blacks and Hispanics lag – Teachers Unions pushing universal masking? Fauci “3 year olds and up wear mask in school”
4) Biden administration warns against helping Cubans by boat warning asylum seekers will be arrested
*According to DHS, those fleeing poverty and crime are allowed while those fleeing a Communist Dictatorship are not allowed
5) Free speech violation? – A judge ordered a Trump supporter to remove an Anti-Biden profanity included sign from his yard or face $250 per day fines
6) The Misery Index makes a return – Inflation Rate + Unemployment Rate. 6.9 when Trump left. 11.5 today under Biden. Jimmy Carter 21.9
**We’re heading in the wrong direction