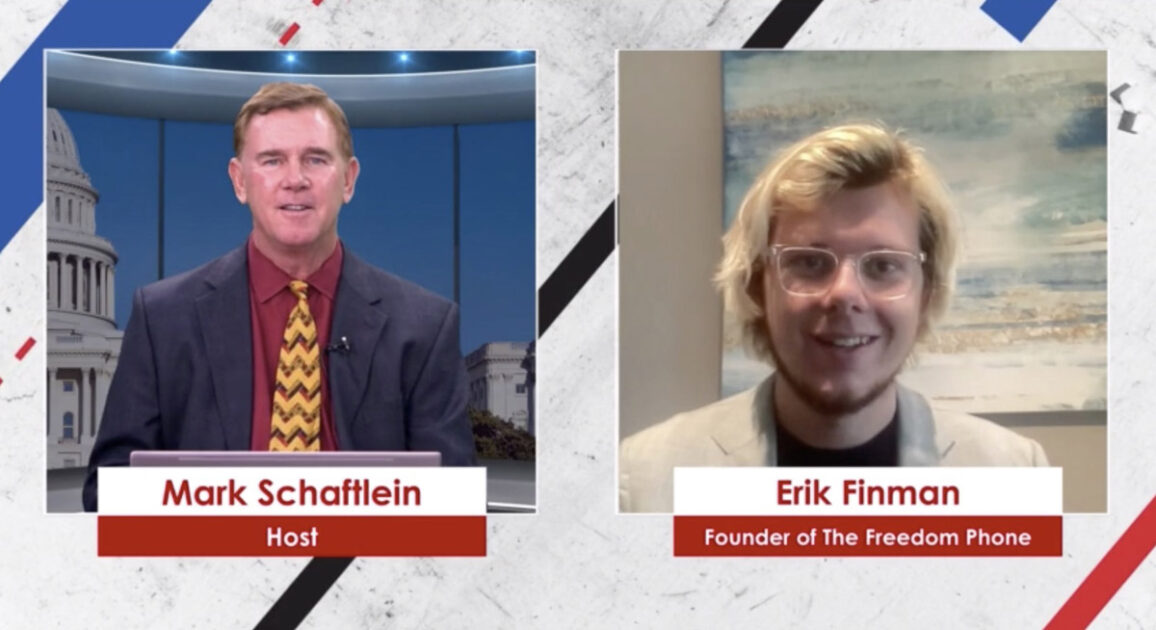 Guest: Erik Finman – Entrepreneur, Youngest Bitcoin Millionaire, and Founder of The Freedom Phone ( FreedomPhone.com )
Topics:
1) Censorship of Conservatives and Alternative Media Platforms
2) Eric documents his investment story of turning $1,000 into $1.0M through Cryptocurrency Investing starting at the age of 12
*How he parlayed the initial investment into financing, building and selling other startup businesses including his online educational school
3) Privacy in Advertising – Apple appears to have shifted somewhat in consumers favor for user privacy. Eric explains IDFA (Identifier For Advertisers)
*This feature allows Consumers to block advertisers from tracking them
4) Bitcoin/Cryptocurrencies and the role they play in the Global Financial System
5) Federal Reserve Chairman Jerome Powell reaffirms easy money policies despite inflation roaring at a 5%+ annual advance
*Affirms his position the Congress would need to authorize a Federal Reserve backed Digital Coin
6) Mark discusses other new events, news of the day