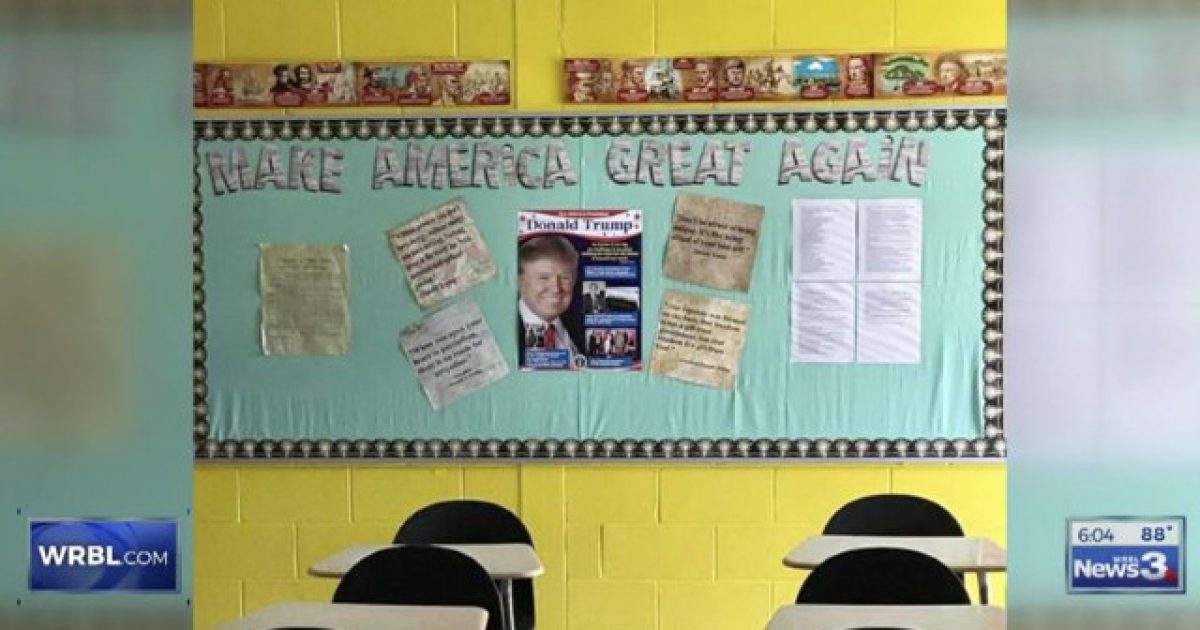 A school in Georgia has caved to the pressure put on the school board by delicate snowflakes who couldn’t handle the fact that a “Make America Great Again” billboard was placed in a classroom.

Welcome to modern-day America, where the government run public education system can willy-nilly silence freedom of speech for anyone who doesn’t follow the status quo.

According to WRBL-TV, the incident occurred at Long Cane Middle School in LaGrange, Georgia, over the last two weeks.

Students returned to the school for their 2018-19 school year and were met with a bulletin board featuring a photo of Trump, as well as his campaign slogan, “Make America Great Again.”

Parents, guardians, and local residents shared their frustrations about the bulletin board on social media to the point where the Troup County School District had to intervene.

According to the station, One critic wrote, “I am appalled. Would you want your child or grandchild in this class?” Others chimed in calling the bulletin board inappropriate.

A reporter for the station phoned the school about the social media complaints and was told that the bulletin board in question was, indeed, inside one of the eighth-grade Georgia Studies classrooms.

The school board stated they want to try and avoid offending people, but the real question to ask here is how in the world that’s going to be possible in a world that is increasingly easier to offend?

Folks are too sensitive these days, having been told that they should never ever feel offended, so much so that ideas they find offensive to their own are now excuses to have people fired and their lives ruined.

Until folks toughen up and learn to to stop being so uptight, this isn’t going to get any better.

If You Donate to This Charity, Your Money May End Up in Planned Parenthood’s Pocket