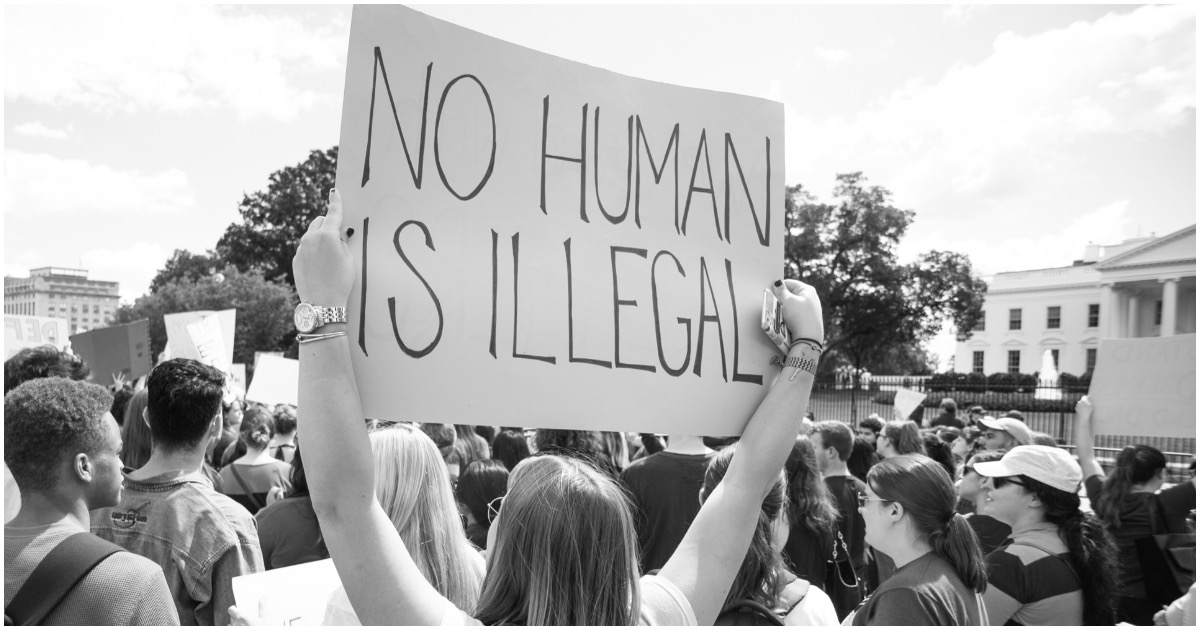 This teacher from Texas is a complete monster (something all liberals are thinking).

Pleading with President Trump to do something about the illegal immigration problem in her area.

A teacher at a school in Fort Worth, Texas, is reportedly on paid administrative leave as district officials probe a series of anti-illegal immigration tweets sent to President Donald Trump from a Twitter account allegedly linked to her.

According to the Fort Worth Star-Telegram, English teacher Georgia Clark of the Carter-Riverside High School, where the student population is 87.5 percent Hispanic, is believed to be behind the now-deleted @rebecaa1939 Twitter account in question.

Screenshots of the messages are circulating on social media. In one of the tweets, the account pleads with Trump for help: “I do not know what to do. Anything you can do to remove the illegals from Fort Worth would be greatly appreciated. My phone number is [XXX-XXX-XXXX] and my cell is [XXX-XXX-XXXX]. Georgia Clark is my real name. Thank you.”

‘Couldn’t Hear Her BS Anymore!’ Military Vets Walk Out of Meeting With Ocasio-Cortez, & It Was Epic