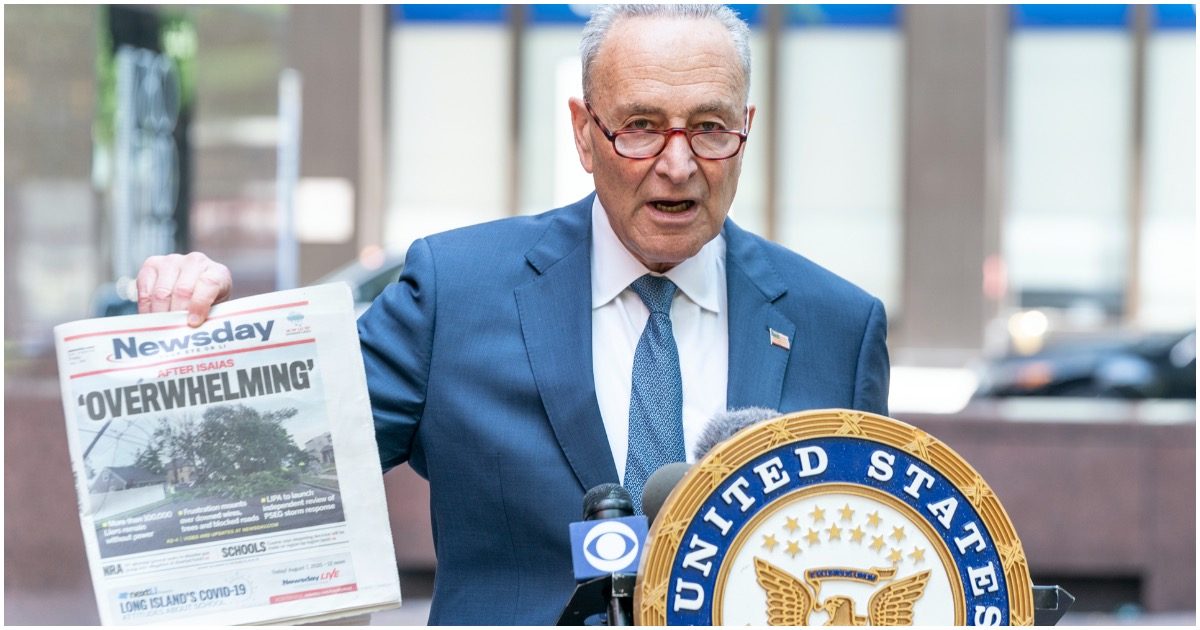 The nation now knows that Judge Amy Coney Barrett is President Trump’s nominee to replace Ruth Bader Ginsburg on the Supreme Court. Conservatives should be loving this choice.

ACB is a young Catholic mother and wife, who rules according to the United States Constitution.

Sixty-nine-year old male U.S. Senate Minority Leader informs the nation that a 48-year-old female judge, mom, and universally-admired professional is itching to join a conspiracy to "turn back the clock on women's rights." https://t.co/AltT5HKjnM 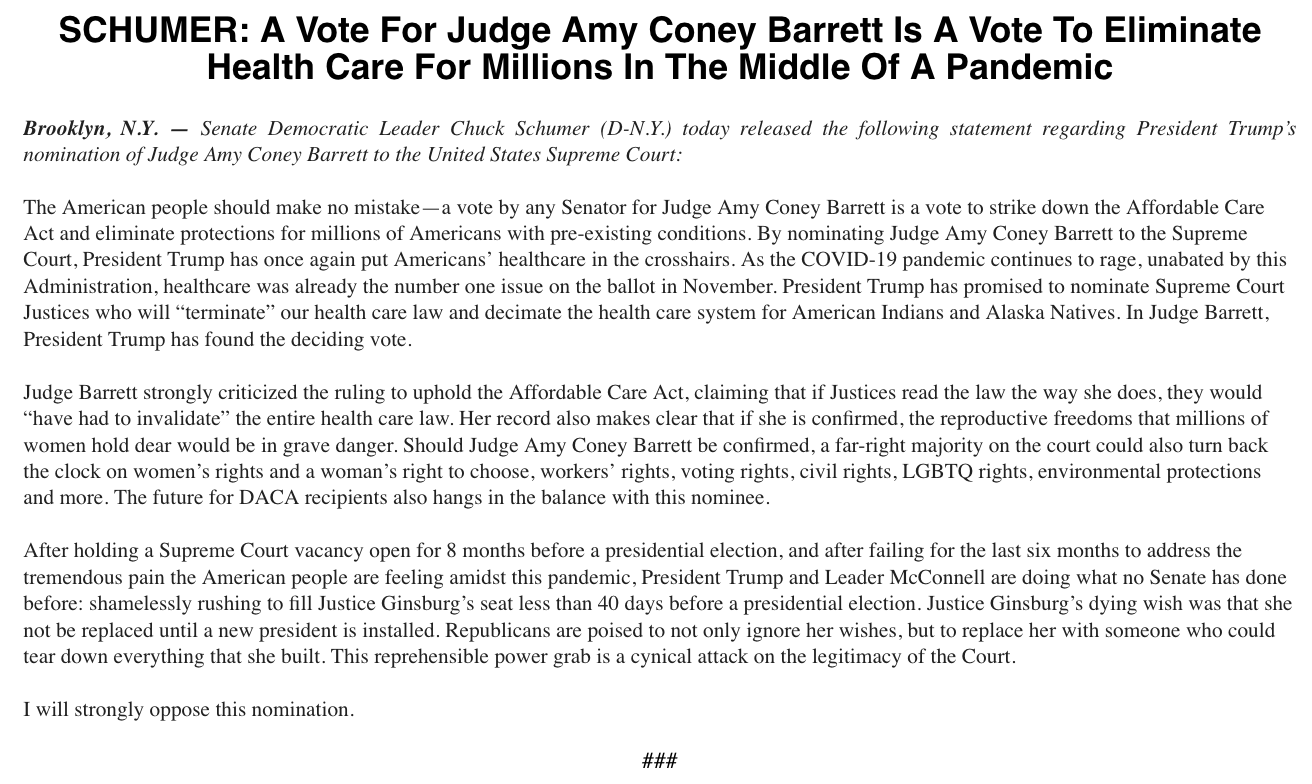 Democratic presidential nominee Joe Biden on Saturday said the Senate should not act on Judge Amy Coney Barrett’s nomination to the Supreme Court until after “the American people select their next president and the next Congress.”

Biden, this week, called Trump and Senate Majority Leader Mitch McConnell’s efforts to push a nominee through the Senate before Election Day an “exercise in raw political power.”

Supreme Court decisions affect our everyday lives, and the Constitution was designed to give voters a voice on who makes those decisions.

The Senate shouldn't act until after the American people select their next president and the next Congress.

Americans deserve to be heard.

Trump’s hand-picked successor to Justice Ginsburg’s seat makes it clear: they intend to destroy the Affordable Care Act & overturn Roe. This selection would move the court further right for a generation & harm millions of Americans.

If Harris is “strongly” opposed to ACB on the high court, you know Trump made the right choice.

If Barrett Is Confirmed to SCOTUS, Dem Senator Aims to Pack the Court & End Filibuster