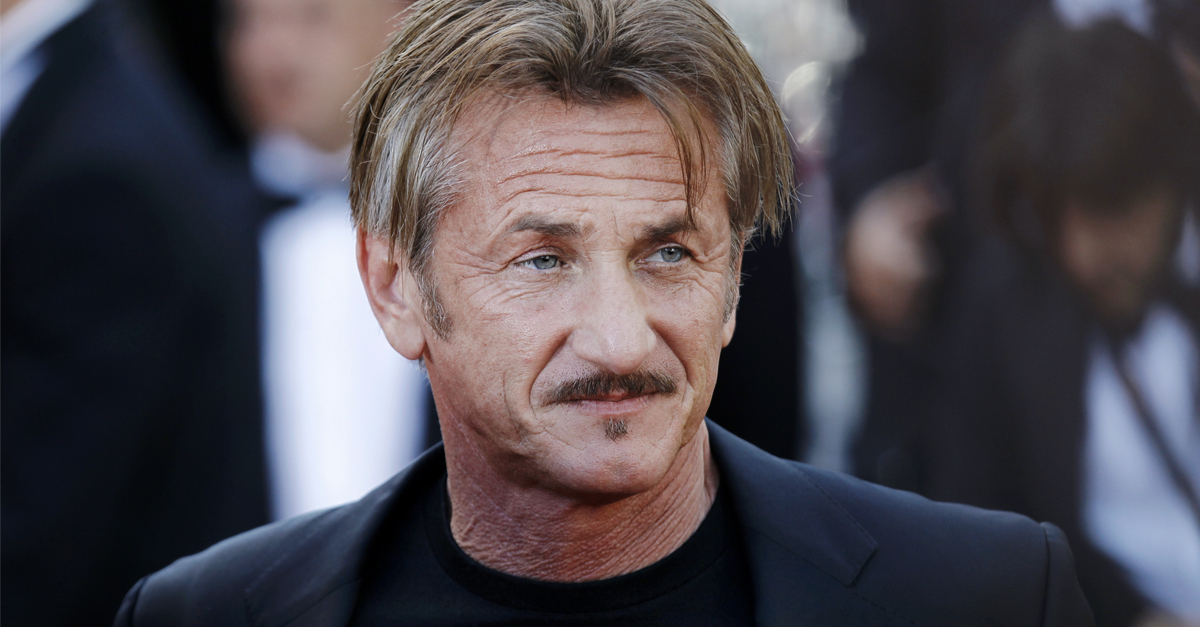 Hollywood loves drama.  It’s a statement that should come with about as much shock as if someone told you that dirty diapers smell bad.

Actos in Tinsel Town are verbose, over-the-top, and dramatic for a living.  It’s in their blood, and it’s often the only way that they know how to communicate with the world outside of their Beverly Hills bubble.

Sure, some may act as though they are down-to-earth, “just happened to become an actor” types, but that, too, is very often a bit of acting in and of itself.

And so it should come as no surprise that, when it comes to expressing their opinions on a number of subjects, denizens of Hollywood have a hard time shutting off the dramatic spigot.

Actor and activist Sean Penn declared the Trump administration’s coronavirus policies were no better than “gunning down” vulnerable communities “from a turret at the White House” at the Cannes Film Festival.

Speaking at the French film festival about his new film, Flag Day, Penn told the media of his efforts to continue observing coronavirus protocols as he filmed the movie. He also spoke about his efforts to sponsor vaccination and testing facilities in underserved communities.

Then came the supercharged sensationalism:

“We were — not only as a country but as a world – let down and openly neglected, misinformed. We had truth and reason assaulted under what was in all terms an obscene administration,” he exclaimed.

Penn went on to claim without giving examples that Trump’s policies were no less than murderous, saying, “when my team and I would come home from test and vaccinations sites at night, particularly during testing under Trump, to maddening news — it felt like someone with a machine gun gunning down communities that were most vulnerable from a turret at the White House.”

The malevolent imagery used by Penn comes at a time in which America is facing a crisis of violence that the liberal left seems to have no response for whatsoever.