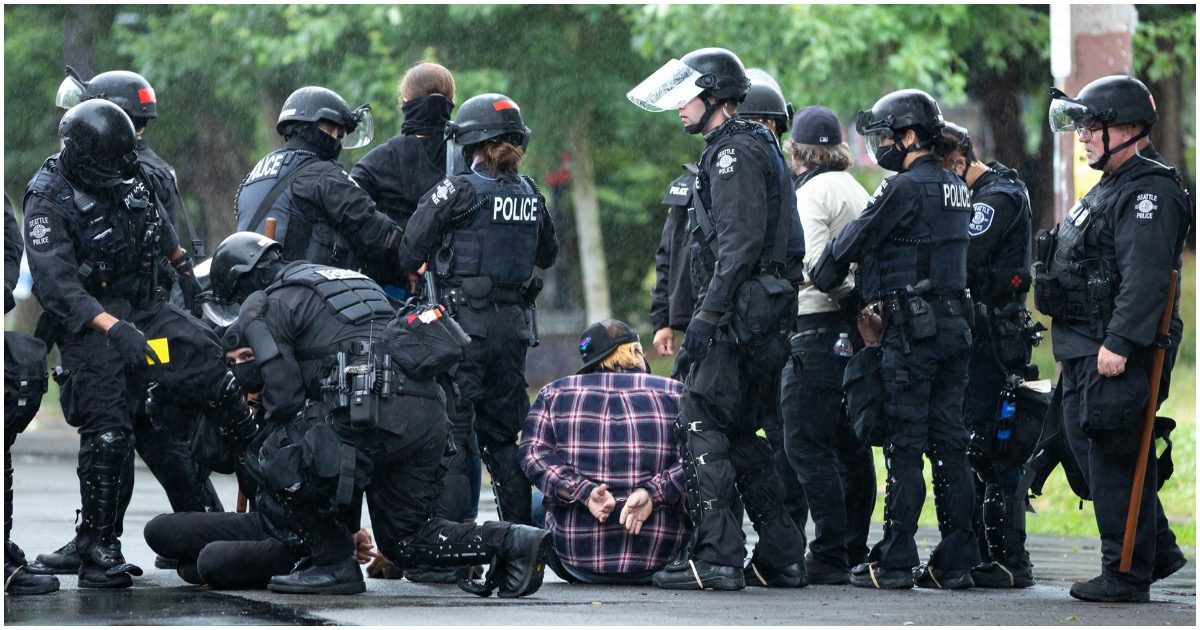 Seattle and Portland have been hit especially hard by far-left Antifa radicals. Through violence, the clearly fascist group believes they can change the world.

Because the riots have became so out of control, the chief of police of Seattle is basically telling business owners: sorry, but you’re on your own.

See for yourself, via TDW:

Seattle’s police chief issued a memo over the weekend, warning the city’s residents and business owners that police officers would not be able to “safely intercede” in the event that homes and businesses were targeted during expected protests after the city’s council passed a measure barring cops from using non-lethal crowd control methods.

The new measure, passed as a way of preventing members of the police force from using excessive force, “bans Seattle Police officers the use of less-lethal tools, including pepper spray that is commonly used to disperse crowds that have turned violent,” according to Chief Carmen Best’s letter.

Seattle has been one of the scenes of weeks of civil unrest following the death of George Floyd. The mayor, Jenny Durkan, has taken criticism from police and President Trump for her handling of a recent takeover of a city police precinct by demonstrators who wished to set up a “police free” state.

Activists in Seattle have demanded the city defund the local police department by at least 50%, and some members of the city council have embraced the idea.

Large demonstration occurring in downtown Seattle. There have been reports of property damage and looting. Avoid the area if possible. https://t.co/jkbCXd11zU

Large crowd continuing to march on Pike Street from downtown. Two individuals were arrested outside of the West Precinct. Demonstrators threw rocks, bottles and other items at officers. At least one officer has been transported to the hospital.

Seattle anti-cop criminals are just destroying the Starbucks on Capitol Hill while others are chanting "f*** Starbucks!" Meanwhile, @MayorJenny is comfortable in her mansion hoping the protesters don't stop by her home again.

Seattle anti-cop protesters just destroyed the storefront to an Amazon Go on Capitol Hill. Seattle Police are not allowed to engage and arrest. It's dangerous and Mayor Jenny Durkan doesn't want arrests.

A protester just said he's about to destroy a Starbucks but asked a man to stop filming first. This has nothing to do with George Floyd or even their anti-cop lunacy. It's anti-capitalist. Meanwhile, these Seattle protesters don't give a damn for the jobs are they're hurting.