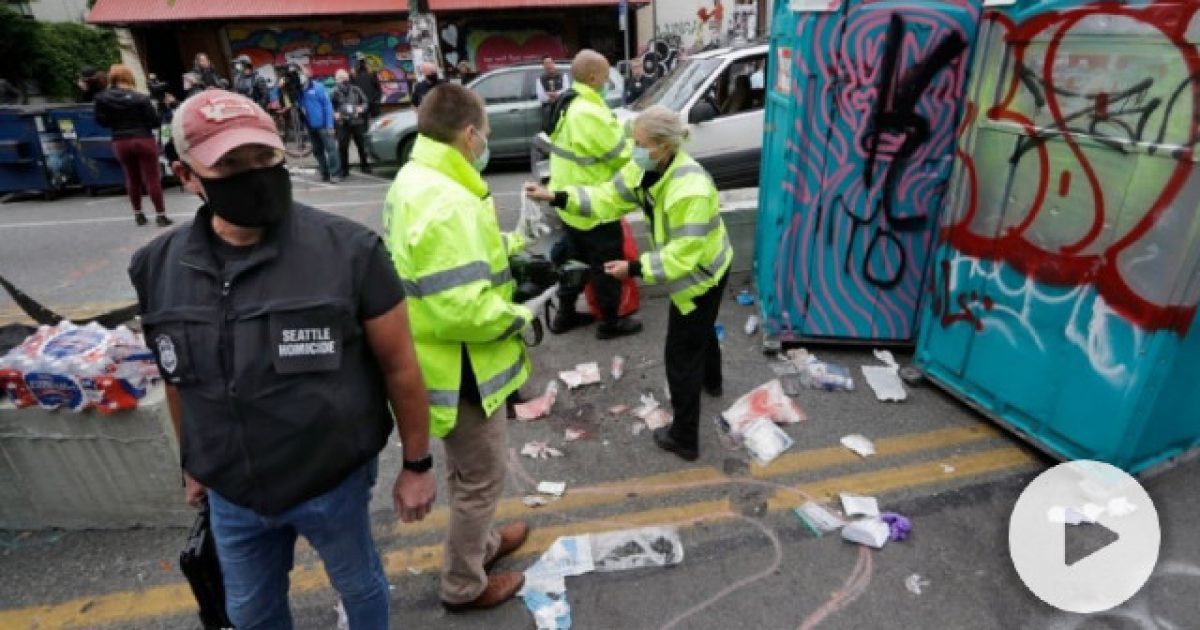 Seattle police have finally gotten the approval they’ve been waiting for to go and retake the East Precinct located in what has become known as the Capitol Hill Organized Protest area, also known as CHOP.

What a great name for a “peaceful occupation” area, right? Good grief.

The move has resulted in a few arrests as well, after Mayor Jenny Durkan finally decided to step up to the plate and label the gathering an “unlawful assembly.”

Police gave the order to protesters staying in the area to disperse at 5 A.M. on Wednesday morning, informing them they had to leave within eight minutes. So far 13 protesters were arrested for failing to clear out of the area after having received multiple warnings from law enforcement officials.

The East Precinct, which police abandoned last month following standoffs and clashes with demonstrators, was cleared of protesters, Police Chief Carmen Best told reporters from inside CHOP. Best said police were not moving into the building yet, but would clean the area and precinct before beginning operations as soon as reasonably possible.

As officers in riot gear performed the predawn sweep to clear holdouts from the streets, police said a woman apparently went into labor on the east side of Cal Anderson Park inside the CHOP. Seattle Fire said it was responding to the scene.

Durkan’s executive order comes after a series of late-night shootings in the area killed two teenagers and seriously wounded three other people. Police said other violent crimes have also been documented in the area since demonstrators took over several blocks in the Capitol Hill neighborhood last month.

Some of the violence in and armed individuals in the CHOP have been captured by open source video recorded in the area: https://t.co/PCTaMtqntr

So this only took a few minutes. To clear out all of these hoodlums and miscreants. And without so much as a whimper out of these folks. Why, oh why, did Durkan allow these folks to throw their temper tantrum for this long without stepping in and taking care of business?

She allowed residents who live in this area of her city to suffer and experience a ton of anxiety, fear, and mistreatment, all because she was afraid to do the right thing sooner. Shame on her.

Hopefully, the residents of the city will remember her failure to keep them safe and boot her from office come election time.