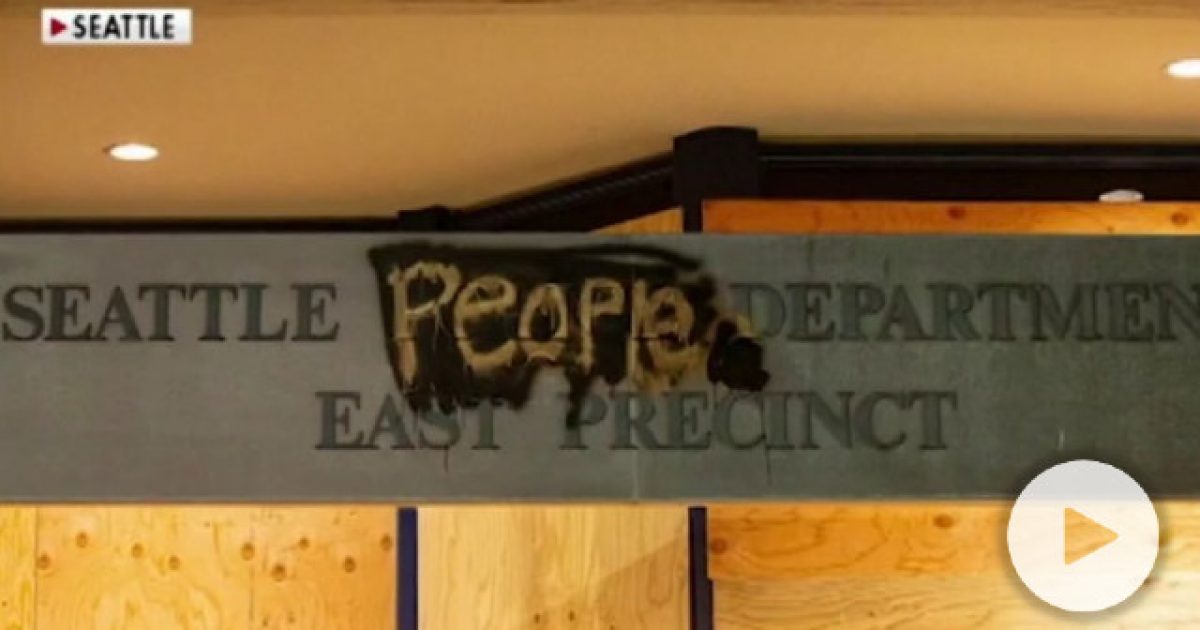 Things in Seattle are continuing to get sucked into a downward spiral of insane proportions as police officers in the area say that the self-declared autonomous zone now occupied by protesters have armed guards and that local businesses are being threatened with extortion.

But these are “peaceful protests” they continue to tell us. Right. So peaceful that an area of an American city has now been taken over by a warlord anarchist who is demanding local businesses pay a fee in order to operate within the area.

Folks, this is devolving into a serious situation very quickly. What’s more frustrating than anything is the lack of action being taken by the city’s mayor and the state’s governor.

“We’ve heard, anecdotally, reports of citizens and businesses being asked to pay a fee to operate within this area. This is the crime of extortion. If anyone has been subjected to this, we need them to call 911,” Assistant Chief of Police Deanna Nollette said on Wednesday.

The region encompasses the SPD’s East Precinct, which was abandoned by cops on Monday following days of violent clashes between law enforcement and protesters in the wake of George Floyd’s death, as well as parts of Capitol Hill.

Police officers left the area hoping that this action would quell the violence that erupted in this portion of the city, which included numerous shootings. Law enforcement officers have been employing the use of tear gas and pepper spray to disperse large crowds.

While a number of the demonstrations being held in the autonomous zone have been peaceful in nature, with no reports of violence, police have stated armed guards are surrounding the perimeter of the area. Folks who live in that part of the city are being required to show an ID to prove they belong there before being allowed to enter.

Reports from anonymous officials also indicate a number of residents have been begging for outside help due to not being allowed access to their homes without their IDs.

Doesn’t this sound like a totalitarian culture? Just like the kind the left claims to be all about fighting against? They have become the monster they said they were fighting, which is precisely what we as conservatives tried to tell them all along.

Hopefully, there is a peaceful resolution to this matter so that no one else needs to get hurt.

Trump to Seattle Mayor: ‘Take Back Your City NOW. If You Don’t Do It, I Will’ — Details