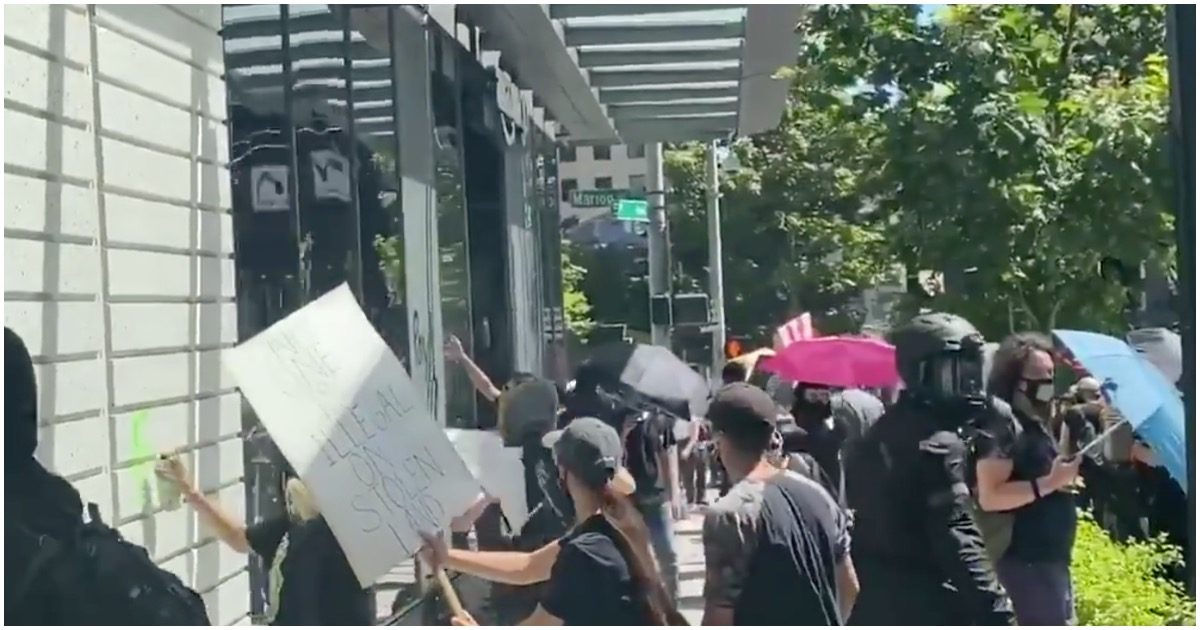 Amazon can afford to have a store or two destroyed by a radically far-left mob. They have insurance. So they lose a few high-end products, big deal.

On Sunday in Seattle, future Joe Biden voters went wild. Not only did they loot an Amazon Go, but they decided to assault police officers, too.

All in a day’s work!

Large demonstration occurring in downtown Seattle. There have been reports of property damage and looting. Avoid the area if possible. https://t.co/jkbCXd11zU

Large crowd continuing to march on Pike Street from downtown. Two individuals were arrested outside of the West Precinct. Demonstrators threw rocks, bottles and other items at officers. At least one officer has been transported to the hospital.

Seattle anti-cop criminals are just destroying the Starbucks on Capitol Hill while others are chanting "f*** Starbucks!" Meanwhile, @MayorJenny is comfortable in her mansion hoping the protesters don't stop by her home again.

Seattle anti-cop protesters just destroyed the storefront to an Amazon Go on Capitol Hill. Seattle Police are not allowed to engage and arrest. It's dangerous and Mayor Jenny Durkan doesn't want arrests.

A protester just said he's about to destroy a Starbucks but asked a man to stop filming first. This has nothing to do with George Floyd or even their anti-cop lunacy. It's anti-capitalist. Meanwhile, these Seattle protesters don't give a damn for the jobs are they're hurting.

The incidents, caught on video by reporters on the scene, marked the 52nd night of unrest in Portland.

The Portland Police union in north Portland was broken into and set on fire by antifa rioters. A riot has been declared. pic.twitter.com/kp9JucufA3

Bears Former Head Coach Mike Ditka: ‘And if you can’t respect this country, get the hell out of it’
September 18th, 2020 TCP News

AOC: The Radical Left Will ‘Push’ Biden In a ‘More Progressive Direction’
September 18th, 2020 The Lid

Dr. Anthony Fauci Makes Prediction On When He Thinks COVID-19 Vaccine Will Be Ready
September 18th, 2020 Flag And Cross