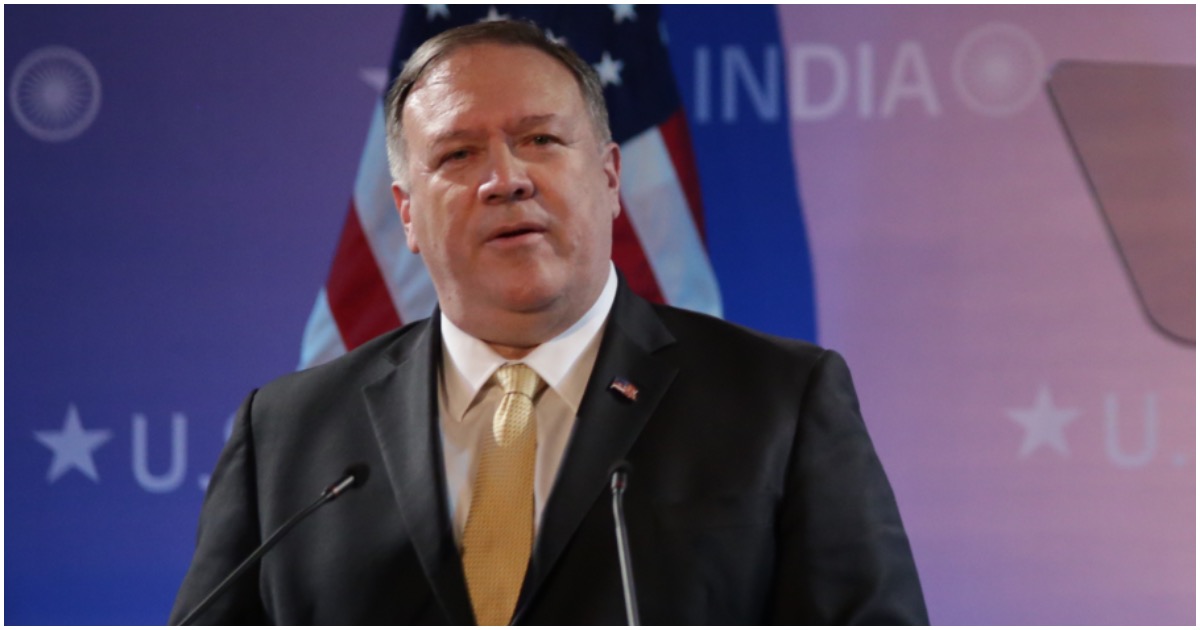 From Congressman to top spy in the world as head of the CIA to secretary of state to senator? That could be the path of former Army Officer Mike Pompeo. Time will tell.

It’s not often you hear about a SecState wanting to leave such a prestigious position to go and run for a spot in the Senate. But that might be what Mike Pompeo is thinking of doing. From Washington Examiner:

Secretary of State Mike Pompeo is looking to resign from his post in the Trump administration so he can launch his senatorial campaign, but he’s unsure of how to leave unscathed by President Trump.

Pompeo, 55, originally planned on staying at the State Department until early spring, but that process might have been expedited, Time reported, citing three GOP sources. The sources included “one who served in the Trump Administration, another who remains in government, and a third who served in several high-ranking posts and is active in GOP politics.”

Pompeo knows a thing or two about putting people in their place.

When it came to talking about freshman Rep. Ilhan Omar (D-MN), Pompeo wasn’t playing around.

He called her out pretty hard.

Pompeo: “To see this from a member of Congress like Congresswoman Omar is — I talked about this being dark. The rise of anti-Semitism in the United States and in Europe and in, frankly, all across the world is something that is deeply troubling, and to see someone — a duly elected congressman — behave in that way, to speak about anti-Semitism in that way, is of great concern.”

Pompeo: “It’s a great concern to me. This administration speaks the truth, and anti-Semitism is unacceptable in any form from anyone, but to see it come from one of America’s leaders is just abhorrent.”

ABC Reports Americans Spent More On Premiums In 2018 Than 2008, Forget About Obamacare