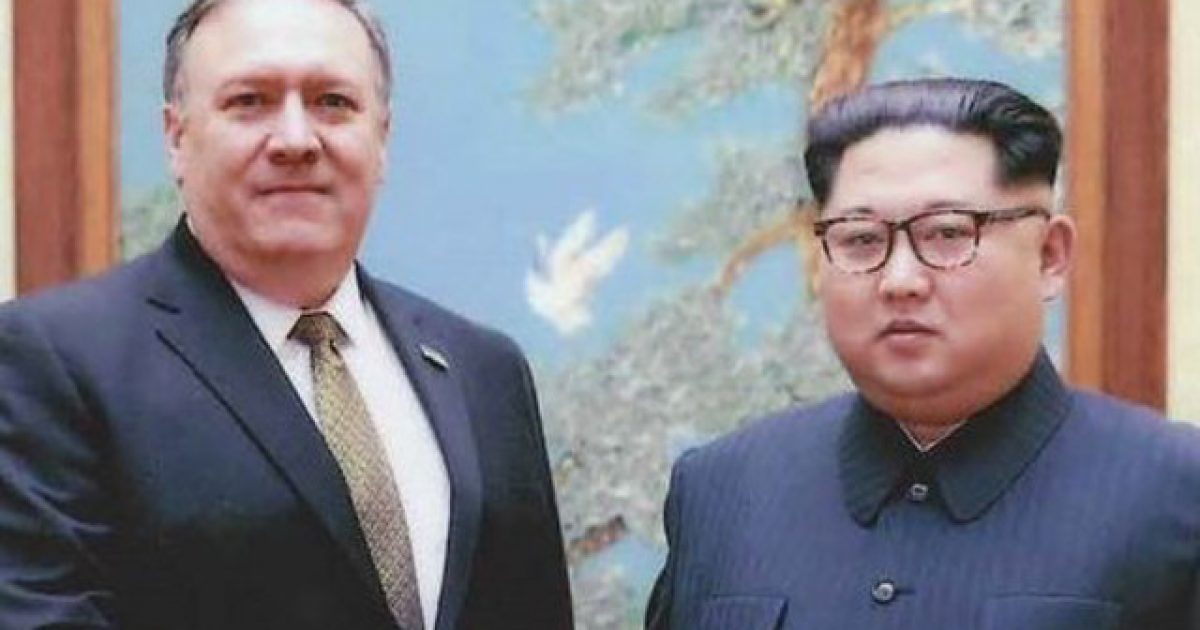 Secretary of State Mike Pompeo left on Thursday to meet with North Korean leader Kim Jong Un to continue talks of denuclearization, bringing along a gift for the despot that is absolutely classic Trump.

Apparently Pompeo was sent on his journey with a letter from President Trump along with a CD signed by the president containing the song “Rocket Man.” That, ladies and gentlemen, is one of the many reasons people love Donald Trump. His troll level is expert.

Besides a letter from @POTUS, Kim Jong Un will also receive from @SecPompeo an @eltonofficial CD — signed by @realDonaldTrump — containing the song 'Rocket Man,' according to @Chosun. https://t.co/wbN43rFWUO

The gift was not only a reference to the nickname given to Kim by President Trump last year — when the two were engaged in a tit-for-tat that included a number of traded barbs, insults and shows of force — but also to their recent June summit, when Trump learned that Kim had never heard the song.

From Chosun: "The 'Rocket Man' CD was the subject of discussion during Trump's lunch with Kim, and Trump asked Kim if he knew the song and Kim said no.

"Trump remembered the conversation and told Pompeo to take a CD with the song for Kim."

Pompeo is scheduled to arrive in Pyongyang on Friday, and will spend two days in North Korea. In addition to talks regarding denuclearization, He will continue to negotiate the return of the bodies of American soldiers who were killed or imprisoned during the Korean War (1950-1953).

President Trump has managed to do something that previous leaders in our nation were completely unable to do, which was to get North Korea to come to the table and actually agree to denuclearize their nation, making the world a much safer place.

People were convinced that Trump’s brash nature was going to end up causing a war between our nation and North Korea, but it seems his strong, take-no-prisoners attitude resonated with Kim Jong Un enough to earn his respect and get him to the negotiating table.

Several other presidents had the same opportunity, yet completely failed to get things done. It’s crazy to think that Donald Trump was the right man for the job on this particular point, but it does indeed seem that’s the case.

That’s a hard pill for the left to swallow.