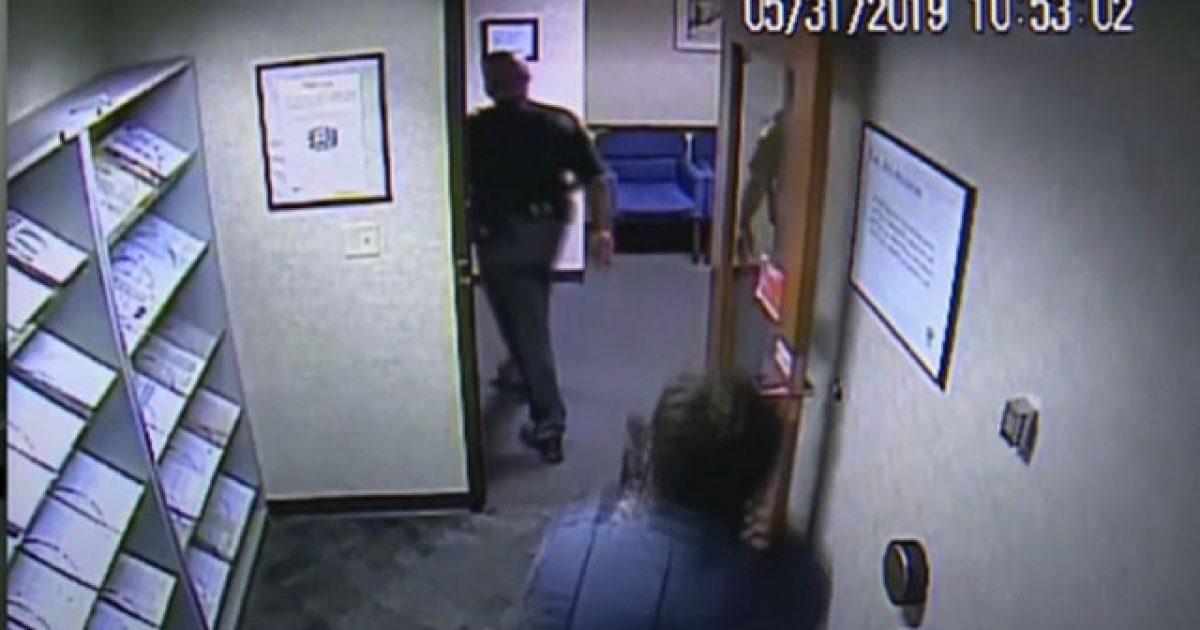 A Toledo, Ohio security guard has found himself in deep, deep trouble — like facing criminal charges kind of trouble — after pulling a gun on a uniformed sheriff’s deputy for wearing his service weapon into an IRS office while on duty.

Sounds like this guy wasn’t playing with a full deck of cards, seeing as how police officers have permission to carry their service weapons where ever they want.

Lucas County Sheriff’s Deputy Alan Gaston stopped at the IRS office on May 31 to inquire about a letter he had received. Deputy Gaston was in full uniform at the time, with his badge and service weapon clearly visible.

According to Gaston, security guard Seth Eklund informed the deputy he could not be armed in the IRS office, and told the officer he would have to secure his gun in his vehicle. With that, Gaston turned to leave, and Eklund pulled his gun on the deputy and followed him out, holding the officer at gunpoint and attempting to take him into custody.

At some point during the incident, someone within the IRS office called 911 to report that a suspect had entered the facility armed with a gun. The Daily Mail reported that the caller failed to mention that the perceived threat was an on-duty uniformed law enforcement officer.

Police arrived at the scene to find Eklund still holding Gaston at gunpoint; the security guard can be heard on surveillance footage telling the responding officers, “He’s got a gun and he won’t leave.”

Eklund now faces one charge of aggravated menacing, and is due in court this week. Gaston has filed a civil lawsuit against the guard and the security firm that employs him. The deputy is currently on medical leave, and is seeking compensation for lost wages and psychological distress stemming from the incident.

The deputy, who turned to leave, said he was fully expecting to receive a bullet in his back. He truly felt like there was a possibility he might end up losing his life, which is absolutely shameful.

One has to wonder what made this guard so ignorant as to obviously not know the man had a right to wear his service weapon into the facility. Was he really this ignorant or was he on some sort of substance?

There’s no legitimate reason for security guard to behave this way. Hopefully, they make an example of him and never allow him to hold a security position again.

IT HAPPENED: The Next James Bond Is Confirmed to Be A Black Female [Details]