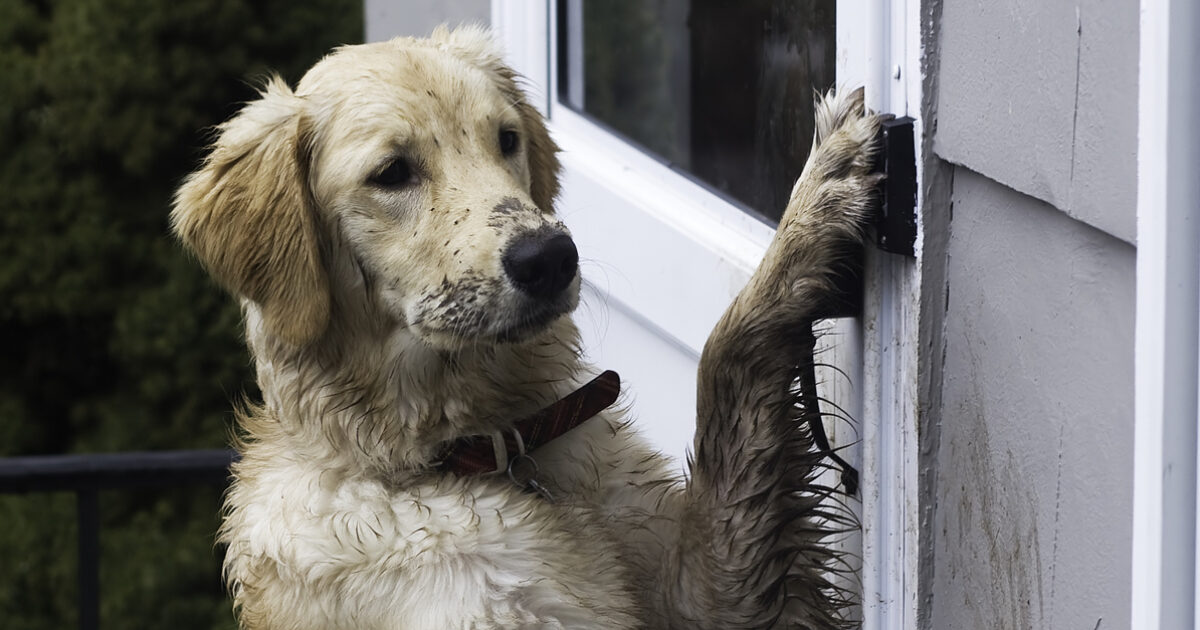 There is almost nothing more heartbreaking than losing the family pet.  Even in the inevitable death of our furry friends we find closure.  When an animal that we took in as our responsibility is simply gone, it can be too much to bear.

This sort of sorrow was beginning to creep in for one family in South Carolina this week, after their young, beloved pooch got spooked by some fireworks and hightailed it into the night.

Then, the improbable happened.

A couple in South Carolina worried about their lost dog were surprised when their doorbell rang in the middle of the night. They were even more shocked when it turned out that their beloved pet had not only returned home but had also figured out how to use the electronic device.

Rajah, an 18-month-old dog from South Carolina, used her nose to ring her family’s doorbell after running away. She had been spooked by fireworks and seemingly escaped from the backyard. (SWNS)

Mary Lynn Whitacre spoke with Fox News and explained that her dog Rajah got spooked by fireworks and escaped from their backyard in Greenville.

She explained that since the dog is such a fast runner, she and her husband had no idea where Rajah was or how far away she could have gotten. For seven hours, the worried couple searched for the dog but could not find her.

“Ryan and I were freaking out and we felt really helpless,” she said.

Then, in the dead of the night…

[…] around 3:00 a.m., Rajah walked up to the house’s front porch and rang the doorbell with her nose. “It was the longest seven hours of my life,” Whitacre said.

Whitacre explained that she has no idea where Rajah learned how to do this. She said she and her husband hardly ever have to use their own doorbell, so she’s not sure when the dog would’ve seen somebody press it.

Rajah was in good spirits, said the Whitacres, despite having rolled in poop and caught some briars on the way.

Atlanta Police Officer Ambushed in Heart of the City