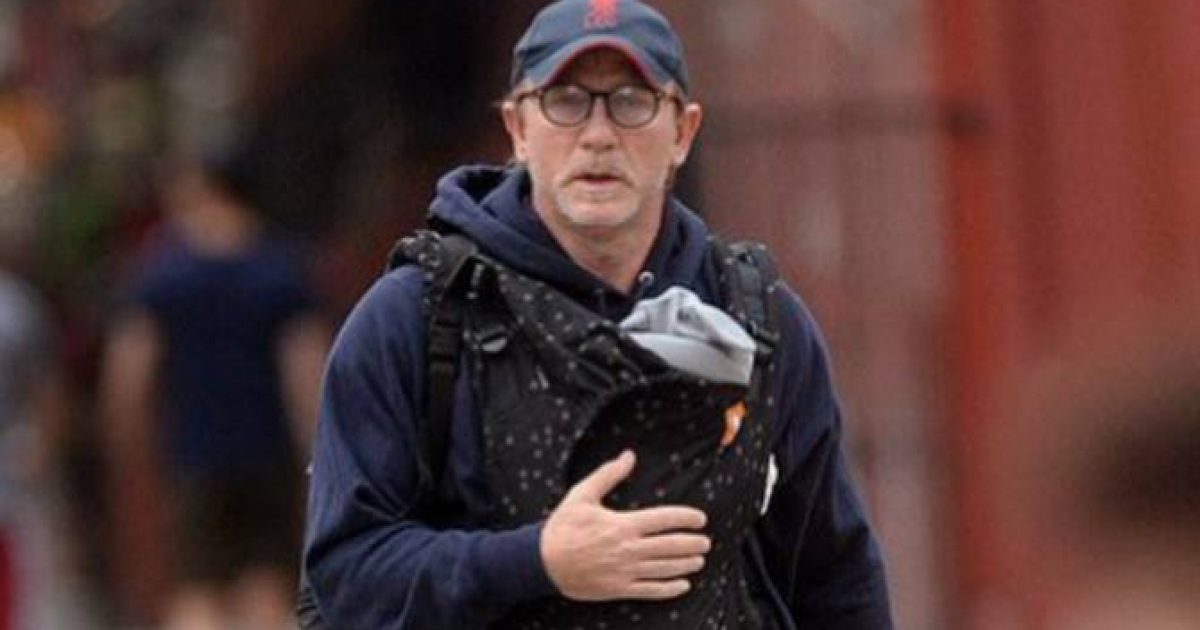 It’s certainly worthy of note that men in Western culture are being emasculated.

Including being a good and devoted father in the category of “emasculated”, however, is a really big fail.

One of primary ways men are being devalued by society is by the eternally important role of father no longer being held in the same regard it once was.

Children desperately need good fathers. In an era of mother-worship and female empowerment where men are far more likely to evade their parental responsibilities by women who have been told they’re no longer needed, we should always honor and celebrate dads who know the importance of a present father in a child’s life.

Piers Morgan, who does occasionally make worthwhile observations of hyper-sensitive PC culture and man-hating feminism, recently decided to lament James Bond star Daniel Craig’s lack of masculinity after seeing a photo of him carrying his baby in a papoose.

Good dads across Twitter showed up to proudly display their own “emasculation” by posting pictures of themselves with their own children, shamelessly bonding with their little ones:

My girls working out with me. ???? pic.twitter.com/cNn87rnQvk

Dunno, what is the question again? pic.twitter.com/CIY3VTw7Fm

Being a good dad is never emasculating!

Of course, some users couldn’t help but point out just how Morgan’s “masculinity” stacks up to Craig’s:

Yes. We see the problem. Thank you for reminding us. pic.twitter.com/WmnWUs4oBg