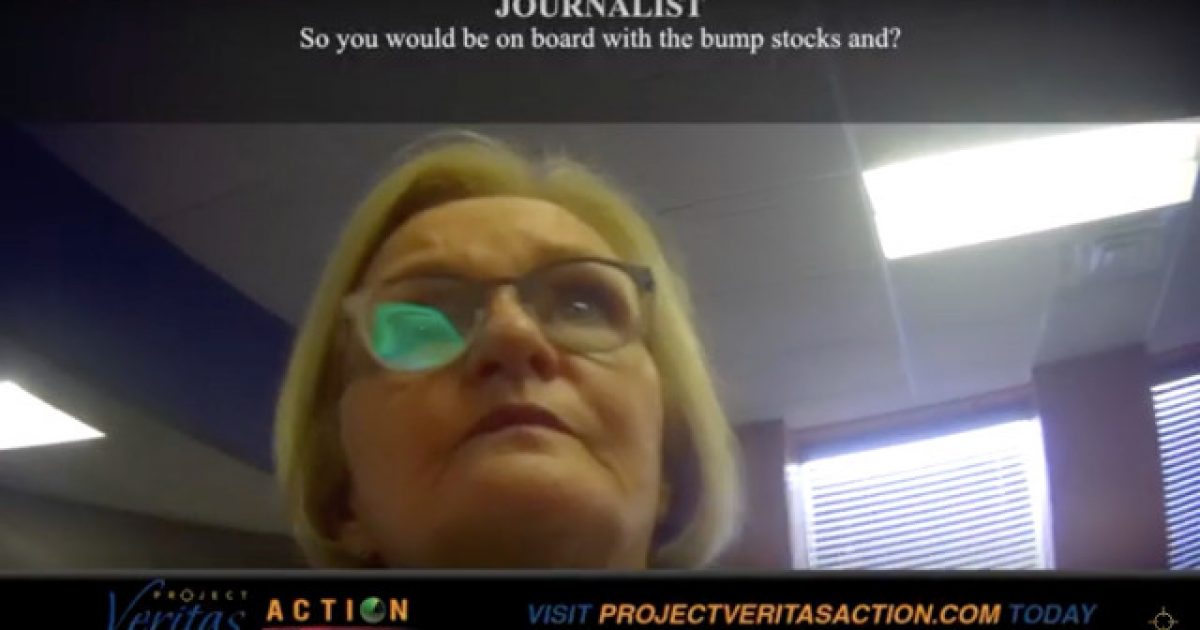 Project Veritas is at it again, this time they undercover investigative project of James O’Keefe is uncovering the truth about Sen. Claire McCaskill and her extreme gun control views, which as it turns out, she doesn’t want the voting public to know anything about.

Yeah. This isn’t the kind of individual you want making legislation on your behalf.

Rob Mills, who works on McCaskill’s campaign, says in the video that McCaskill can’t be open about her policies because “she has a bunch of Republican voters” and “that could hurt her ability to get elected.”

Nicolas Starost, who also works McCaskill’s campaign, says in the video that former President Barack Obama isn’t campaigning for McCaskill because she doesn’t want to be cast as too far-left, even though she believes in the same policies that Obama does.

“Because of how like, cause he’s a very liberal candidate,” Starost says. “And like… Claire distancing herself from the party is gonna help her win more votes than it will saying like: ‘Oh here’s Obama, the former President of the United States, to now speak on my behalf.’ Which is unfortunate because I love Obama to pieces, and I’d love to see him come here.”

“And they essentially have the same views on everything?” the Project Veritas journalist asks.

The Second Amendment right to bear arms is one of the most important God-given rights we have, as it enables us to possess the means of defending ourselves against tyranny and oppression. Not to mention the practical application of owning firearms that allow you to protect yourself from vicious criminals and thieves.

If we allow people like McCaskill in office, they will destroy our right to protect life, liberty, and property. That’s just something that cannot be allowed. Hopefully this video will help persuade voters not to support her in upcoming elections.