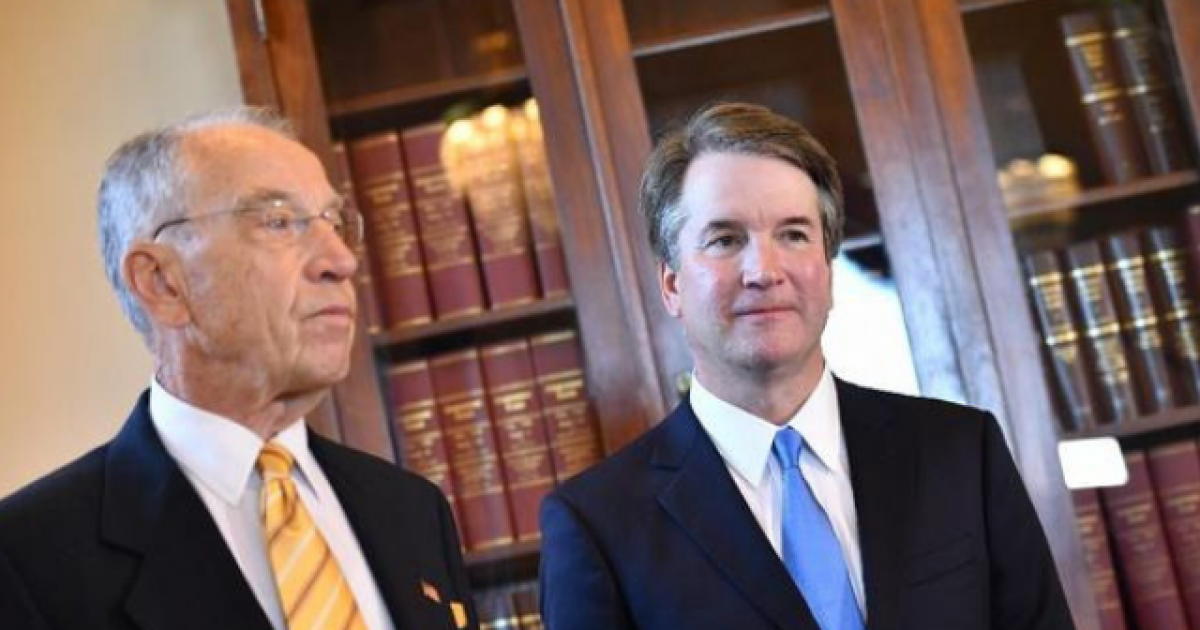 It would honestly be a massive travesty of justice if a man’s entire law career and reputation were destroyed, just before being appointed to the highest court in the land, based on the unsubstantiated word of a woman who won’t even agree to testify to his guilt.

Christine Ford and her lawyer seem to think that Ford is somehow entitled to have the entire nation believe her story and wait patiently for her to feel bold enough to testify…when she decided months ago she was bold enough to come forward and tell the story of the alleged incident with Brett Kavanaugh.

What did she think would happen?

Sen. Grassley, who is the Senate Judiciary Chairman, has extended the deadline three times now for Ford to agree to testify on Monday, when the committee was scheduled to vote on Kavanaugh’s confirmation, which is certainly reasonable as the nation has a right to hear her speak.

On Twitter Friday evening, Grassley said Ford has until 10pm Saturday evening to decide. Here was his statement:

Despite the fact that the July 30th letter remains hidden, my committee has been investigating the allegations and has heard from multiple witnesses since Sunday.

Ms. Katz has discussed Dr. Ford’s allegations in numerous media interviews and said on TV Monday morning that Dr. Ford wants to share her account with the Senate Judiciary Committee. It’s Friday night and nothing’s been agreed to despite our extensive efforts to make testimony possible.

I’m extending the deadline for response yet again to 10 o’clock this evening. I’m providing a notice of a vote to occur Monday in the event that Dr. Ford’s attorneys don’t respond or Dr. Ford decides not to testify.

In the event that we can come to a reasonable resolution as I’ve been seeking all week, then I will postpone the committee vote to accommodate her testimony. We cannot continue to delay.

Christine Ford Has Taught Us That Liberals Hate the Sixth Amendment. Here’s Why.