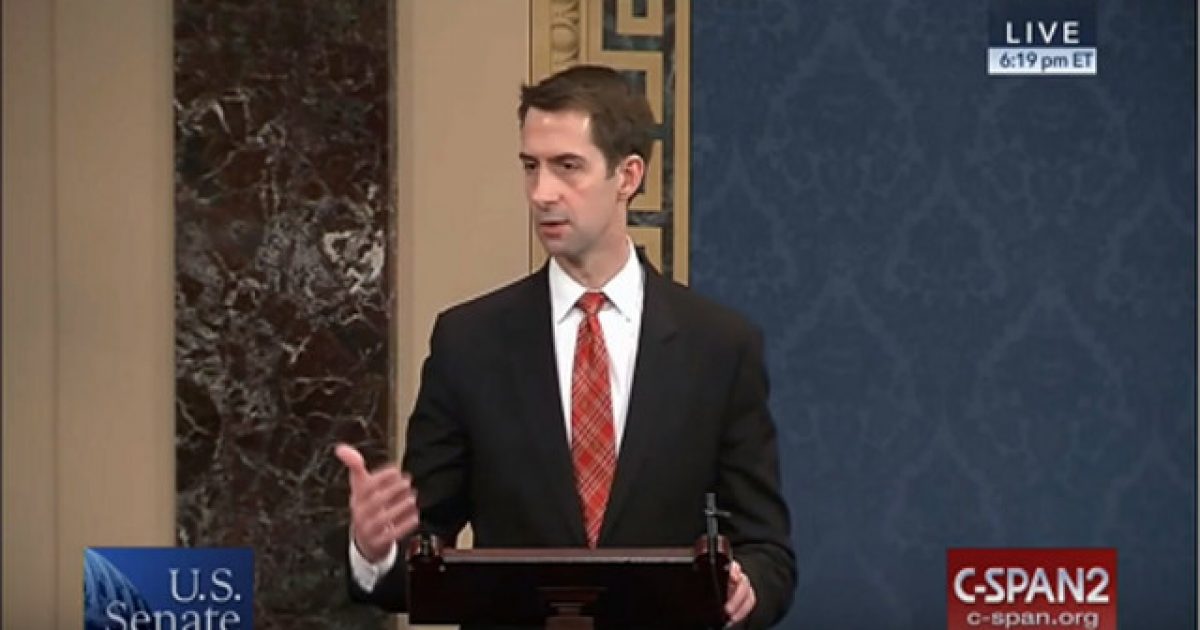 Sen. Tom Cotton of Arkansas recently spoke with “Fox & Friends,” stating that he planned to expose Democratic presidential nominee Joe Biden as “weak and wrong for America” during his speech on the final day of the Republican National Convention.

Cotton, a combat veteran who served in the Army, and is also a Harvard Law School graduate, said he’s going to draw a strong contrast between Trump’s “strength” with “Joe Biden’s record of indecision and weakness” during the last 50 years that he’s served in office, just moments before the president is due to take the stage.

“Barack Obama’s own secretary of Defense said Joe Biden has been wrong on nearly every major national security decision for the last 40 years. I’m going to put a little meat on those bones,” Cotton said. “Joe Biden opposed the mission to kill Usama bin Laden. Donald Trump rained death from the skies on the terrorist leaders of ISIS and Iran. Joe Biden treated Israel like a nuisance. Donald Trump moved our embassy to Jerusalem and brokered peace in the Middle East.”

He summed it up: “Joe Biden will be weak and wrong for America. Donald Trump will be strong.”

It won’t take much for Cotton to make his point. Biden is an utter disappointment and failure as a politician and public servant. No individual should be allowed to serve as long as Biden has in public office. He’s made a career out of public service, getting wealthy along the way.

His policy decisions speak volumes about how inept of a leader he is. Let’s hope Americans are paying attention to Cotton’s words.