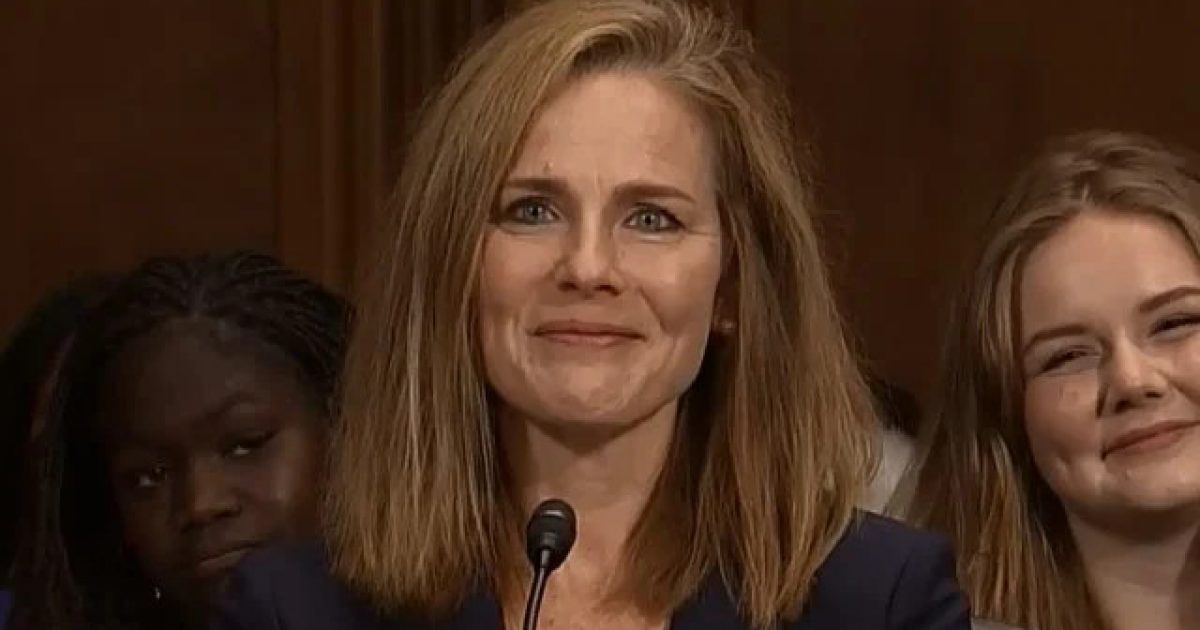 The Senate Judiciary Committee is no doubt making liberals all across the country squirm today as they’ve voted to advance the nomination of Judge Amy Coney Barrett to the Supreme Court, setting a date of October 26 for the final vote.

Liberals have tried their hardest to sabotage ACB, but unfortunately for them, her moral record is impeccable, her policies perfectly aligning with the Constitution, and her intellect far above their own.

Democrats did not show up for the vote to advance Barrett’s nomination, boycotting the event because they’re angry about the fact her nomination is taking place so close to the 2020 presidential election.

All Republicans voted in person.

Before the vote, Senate Judiciary Committee Chairman Lindsey Graham of South Carolina warned that Democrats “are going to regret it” and said it would further degrade the confirmation process.

This is absolutely great news for Americans. Barrett has a well established reputation for being an “originalist,” which means interpreting the Constitution in the context in which it was written, instead of claiming it to be an “evolving document,” like many leftists do, which affords them the opportunity to twist the words of founders to mean anything they want.

Here’s to hoping that along with her confirmation to the bench, we get another four years of President Trump to go along with it. Imagine what we could do if we won the White House, the House, and the Senate, with ACB on the bench?

Freedom and liberty for all.