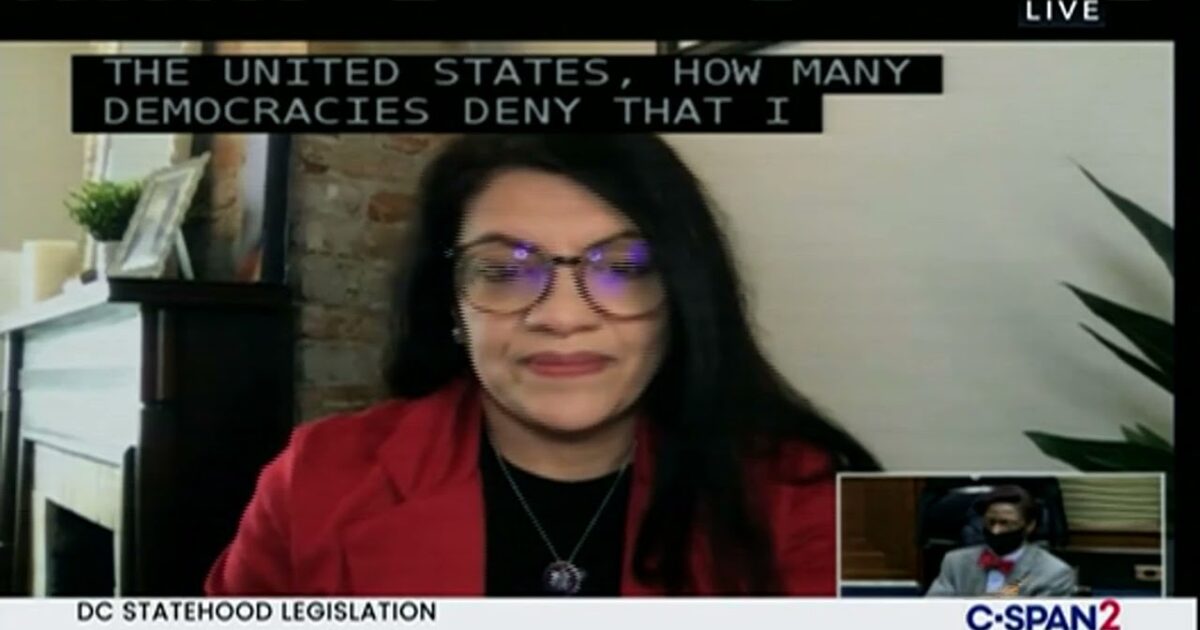 A Senate committee next week will launch hearings to debate statehood for Washington, D.C., a move that would upend the carefully crafted plans of the nation’s Founders solely to give the Democratic Party more control over the country’s future.

“The Senate Homeland Security and Governmental Affairs Committee will convene a hearing on Tuesday on whether to grant Washington D.C. statehood status which would add one more representative and two senators to Congress,” Fox News reported Wednesday.

And Democrats like Washington Delegate Eleanor Holmes Norton, who represents D.C. in the House of Representatives, cheered the news.

In January, Democratic Sen. Tom Carper of Delaware reintroduced the Washington, D.C. Admission Act (S.51) claiming it was necessary because it would finally give the district’s approximately 700,000 residents full representation in Congress, according to a news release on his website.

“Our nation’s capital is home to more than 700,000 Americans who, despite our nation’s founding mantra — ‘no taxation without representation’ — pay their share of taxes without full voting representation in either chamber of Congress,” wrote Carper. “We must use our voices to call out this historic injustice and right this wrong. I am hopeful that we can finally come together to do just that this Congress.”

Empty talk of righting “historic injustice” aside, the real reason Democrats continue to push for D.C. statehood is that the two new Senate seats and one new full House seat that would result are virtually guaranteed to be Democrats.

A minimum of 60 votes in the Senate are required to pass this bill and Republicans unanimously oppose it.

Democrats would first need to abolish the filibuster, which would require only 51 Senate votes. However, because two Democratic senators, Joe Manchin of West Virginia and Kyrsten Sinema of Arizona, have been very vocal in their opposition to end the filibuster, that’s not likely either.

Even if Majority Leader Chuck Schumer were able to convince the pair to change their minds about the filibuster, unlikely at this point, such a move would require total Democratic unity. And Manchin, who just may be the most powerful man in Washington at the moment, has also come out against D.C. statehood.

Speaking to reporters on a media call in April, Manchin said he believes D.C. statehood should only come about by a constitutional amendment, not by a vote in Congress, according to a WVNews report.

The 23rd Amendment, ratified in 1961, granted D.C. residents representation in the Electoral College. It did not open the door to statehood, Manchin said.

“It gave D.C. residents the right to vote in presidential elections, but it complicates D.C.’s pathway to statehood, because Congress had three options to choose from back in 1961,” Manchin noted. “They could either have D.C. statehood. They could have retrocession to Maryland. … Or they could have granted electoral votes to D.C. … Congress selected, at that time, option three.

“… Bobby Kennedy said in 1963 that Congress and the states embodied this choice in the form of a constitutional amendment. Hence, it is arguable that the choice can now be reconsidered only by means of another constitutional amendment. He said that we are a government of the people, by the people and for the people, and it seems to me that’s who should be answering this question. Let the American people decide.”

This legislation is all but dead in the water.

The Founders wanted Washington, D.C., the seat of the government, to remain separate so that no state government could exert control over it. Preventing D.C. statehood also keeps the bureaucracy from having the chance to unite in one voice and vote against the people vis a vis the bureaucrats’ (D.C.’s) own senators and a representative.

Because of the large number of black residents in Washington, D.C., those who support statehood argue that those who oppose it are racists, as though adhering to the word and spirit of the Constitution in the 21st century is proof of white supremacy.

Supporters also invoke democracy to make the case for what is an undeniably undemocratic outcome.

During House debate on this bill in March, the repellent Democratic congresswoman from Michigan, Rashida Tlaib, does so in the clip below.

“We truly are literally talking about democracy vs. au –” at which point, she appeared to either stifle a sneeze or stop herself from finishing the word she had begun, which I can only assume was “authoritarianism.” But I digress.

“Uh, you know, being able not to have democratic, uh, access to making sure that you are represented at all levels of government.

“We also can’t claim to support self-determination and democracy and oppose D.C. statehood. It’s that simple.”

She asks, “Other than the United States, how many democracies deny the residents of their capital voting representation in the national legislature?

“None … This represents an extraordinary violation of [the] democratic principles America claims to represent, right?”

“Put simply, if you oppose D.C. statehood, you support taxation without representation, you hear me?”

(Patrick Henry said it so much better.)

“In opposing D.C. statehood,” Tlaib said, “these representatives and their dark money backers … are telling over 700,000 Americans to sit down, shut up, and enjoy this authoritarian system implemented by a bunch of elites who thought it was OK to enslave people for their selfish monetary gain hundreds of years ago. … It is shameful that anyone would claim to support democracy and freedom and oppose statehood.”

That’s quite a leap, isn’t it?

Here’s an idea that’s guaranteed to melt some Democrat’s minds: Let’s expand D.C. so that the bureaucrat and fat cat contingents get incorporated out of Maryland and Virginia and into D.C.

That would result in a massive number of Democratic voters leaving the voter rolls in Virginia and Maryland and joining the D.C. voter rolls. This maneuver would render them unable to vote in Maryland or Virginia, which would be a huge conservative swing for those states.

Finally, this is the kind of thing that could seriously push some people over the edge as far as completely losing faith in the country and wanting to separate. If Democrats simply begin creating votes for themselves, what’s the point of even having representative democracy?

If D.C. became a state, and other Democratic pipe dreams became law, such as packing the Supreme Court, the country could literally split in two.

Biden-Putin Summit Gets Off to a Chaotic Start as Unruly Journalists Scuffle with Each Other, Security Officials

Biden's Brain Breaks, He Misquotes Declaration of Independence Then Forgets the Rest