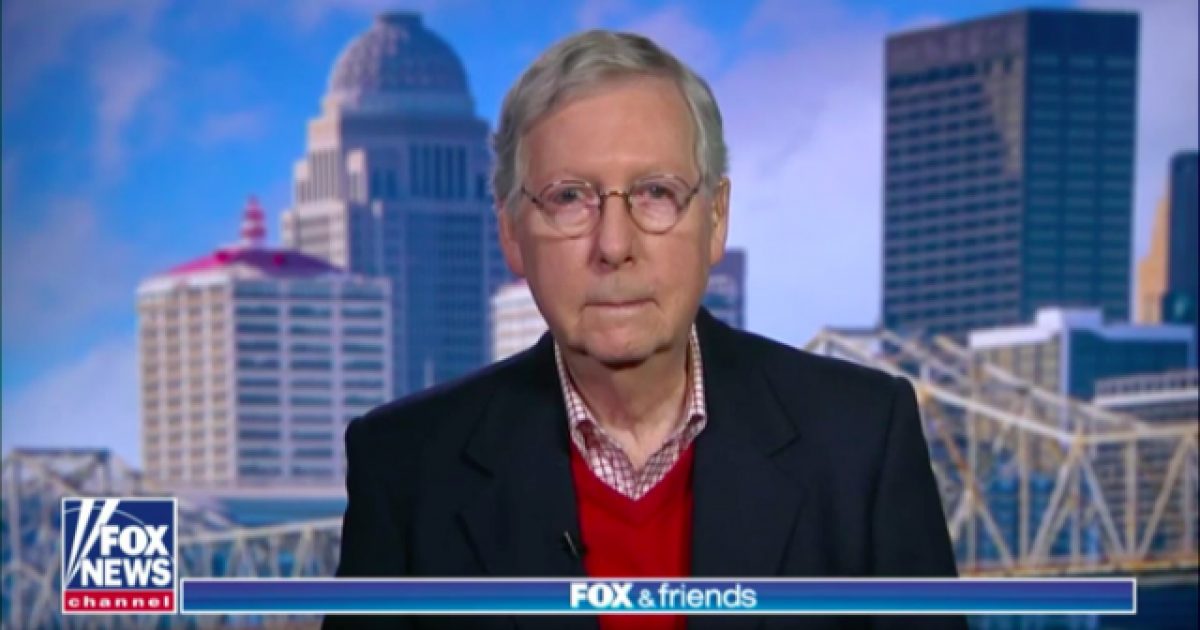 Senate Majority Leader Mitch McConnell spoke on Monday saying that he’s not at all sweating the fact that Speaker of the House Nancy Pelosi has delayed sending over the articles of impeachment to the Senate, calling her position “absurd” and predicting that she would back down from it “sooner or later.”

“She apparently believes she can tell us how to run the trial,” McConnell told “Fox & Friends,” arguing that transmitting articles of impeachment once adopted is mandated by the Constitution.

As he’s said in recent days, McConnell described the current state of affairs on Capitol Hill as an “impasse.”

“We can’t do anything until the speaker sends the papers over, so everybody enjoy the holidays,” he quipped.

Pelosi left the political world stunned last week when she decided to keep the articles of impeachment at bay after having a successful House vote to impeach President Trump for abuse of power and obstruction of Congress over his dealings with Ukraine, unless the Senate agreed to certain terms.

Which sounds an awful lot like a quid pro quo, doesn’t it?

Pelosi went on to call McConnell a “rogue leader.”

McConnell explained how the trial will be conducted:

“You listen to the opening arguments, you have a written question period, and at that point, in the Clinton trial, we had a decision about which witnesses to call and, as you can imagine, that was a pretty partisan exercise, but we didn’t let the partisan part of it keep us from getting started so all I’m doing is saying what was good for President Clinton is good for President Trump.”

Ocasio-Cortez Says Trump Is ‘Afraid Of Women;’ Claims She’s Not A ‘Socialist’