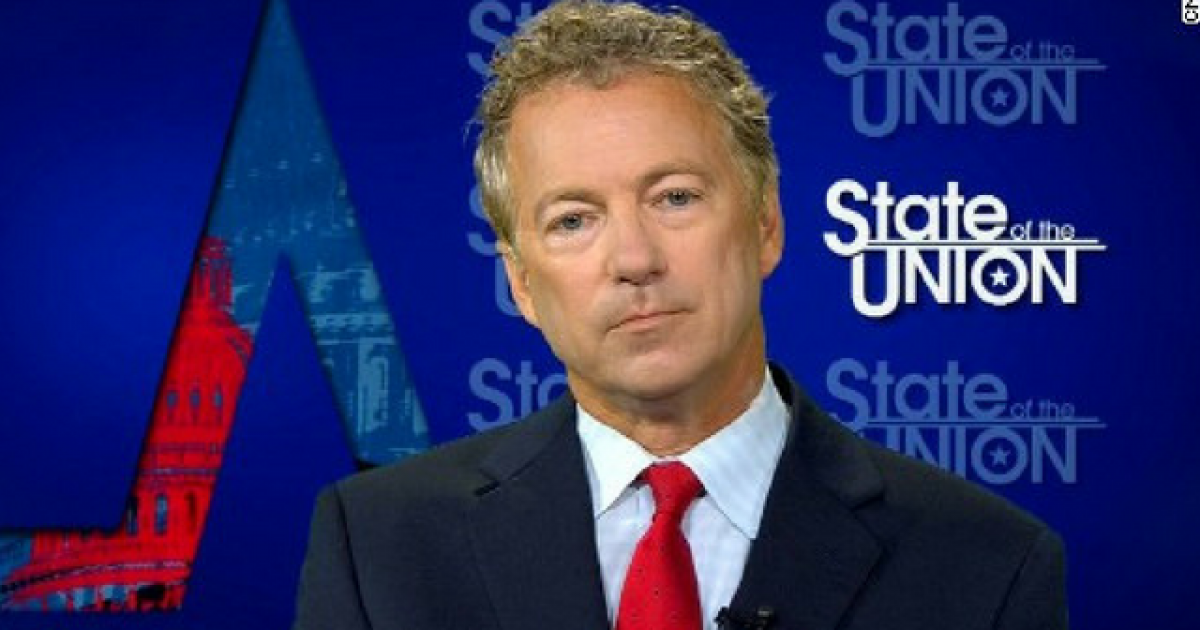 Leave it to Rand Paul to be the only person saying anything sensible as the rest of the nation bickers over partisan politics.

The press has been absolutely beside themselves at Trump’s Helsinki meetings with President Putin, as they’ve been convincing us for two years that the two colluded to rig the 2016 election in Trump’s favor.

They’ve been undeterred by recent testimony from FBI lovers Peter Strzok and Lisa Page revealing that the Russia investigation was itself hatched to undermine Trump’s credibility once he won the presidency, and they’ve had quite the time clutching their pearls at Trump’s failure to adequately scold Putin for his perceived meddling in our election.

Both Trump and Putin, on the other hand, seem themselves undeterred by the media’s preferred characterization of their meeting.

But in the midst of all this drama, Senator Rand Paul, speaking on CNN’s State of the Union, infused some common sense into an otherwise facepalm-worthy situation, and reminding us all what we should really be focusing on: the security of our election process.

What we need to do is make sure our electoral process is protected. And I think because this has gotten partisan and it’s all about partisan politics, we’ve forgotten that really the most important thing is the integrity of our election,” Paul told Tapper.

Tapper then asked Paul if Trump should ask Putin to extradite the 12 Russians who were recently indicted by Special Council Mueller just prior to the Helsinki summit.

“I think we have to protect ourselves. So because we waste time saying Putin needs to admit this and apologize, he’s not going to admit that he did it. And we can’t take…on face value anything they tell us. We have to assume and if we have proof that they did it, which it sounds like we did, we should now spend our time protecting ourself instead of sort of having this witch hunt on the President.

“If the President was involved by all means put the information forward. There’s no evidence so far of the President’s involvement at all in this. So I think we need to be done with this so we can start actually protecting our elections from foreign countries.”

This is what the Democrats and the media don’t want us to pay attention to.

So that’s all the more reason to focus on our election process and stop trying to use Putin as a club to beat Trump over the head with.