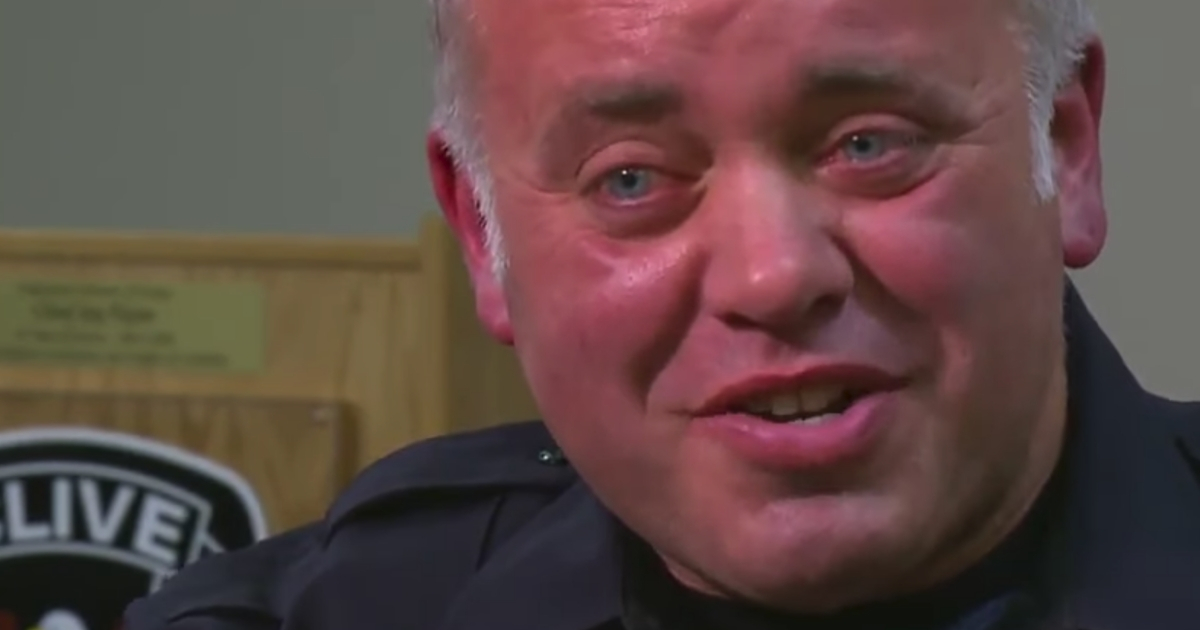 It can’t be easy to be a police officer knowing that there will be times when doing your duty and upholding the law means catching an otherwise good person in the middle of a bad decision.

While we are all responsible for the choices we make that land us in the glow of those red and blue lights, once in a while, a tenderhearted officer comes along and not only cuts us some much-appreciated slack but changes our lives.

Last year, a young woman named Lauren Bruner was in the grip of a severe bout of depression which ultimately led to her losing her job.

Thankfully, Bruner was able to get some help and turn things around, including a new job, but she wasn’t totally back on her feet just yet.

When she encountered Officer David Liska of the Clive, Iowa Police Department, Bruner was driving her car with expired tags—and worse, no insurance.

“The officer asked her what was causing her to not get her tags and she was honest with him and explained why and also let him know that she was getting paid Friday and had planned on getting the tags.”

“She teared up and she talked about depression and a hospital stay, and we have a daughter who had depression, and it just clicked,” Liska said in a tearful interview with KCCI.

What Liska did next was absolutely unbelievable.

Not only did the self-described “softie” let Bruner off with a warning, he took down her contact information and called his wife for the go-ahead on a rather big expense: he was going to pay for her tag renewal and a whole month of insurance coverage.

“The kindness, compassion, and generosity shown by this Clive officer and his wife has touched both of our hearts more deeply than they will ever know,” Michelle said of Liska and his wife’s incredible gift to her daughter. “He had every right to give her the tickets or, at minimum, the warnings, but he went above and beyond for my daughter.”

“Thank you from the bottom of my heart for seeing the kind, caring, loving young woman Lauren is and giving her a chance to get back on her feet,” she said in her Facebook post, which rightfully went viral. “This family was truly put here by GOD and GOD put him in Lauren’s path that day, I have no doubt.”

“This job has exposed me to so much hurt in other people’s lives so I’m just generally empathetic by nature,” Liska said, noting that, as an officer, he has the privilege of helping out people in some of their biggest struggles.

As for the act of kindness he and his wife committed, Liska says there’s “nothing special” about it. “We’re doing what a lot of other people are doing. We just got caught, so to speak.”

Liska and his brothers and sisters in blue already do so much for their communities. For him to do something so amazingly generous like this is sure to restore your faith in human kindness.

This Man Cried Out To God From His Max Security Prison Cell, Where He Is Now Will Blow You Away