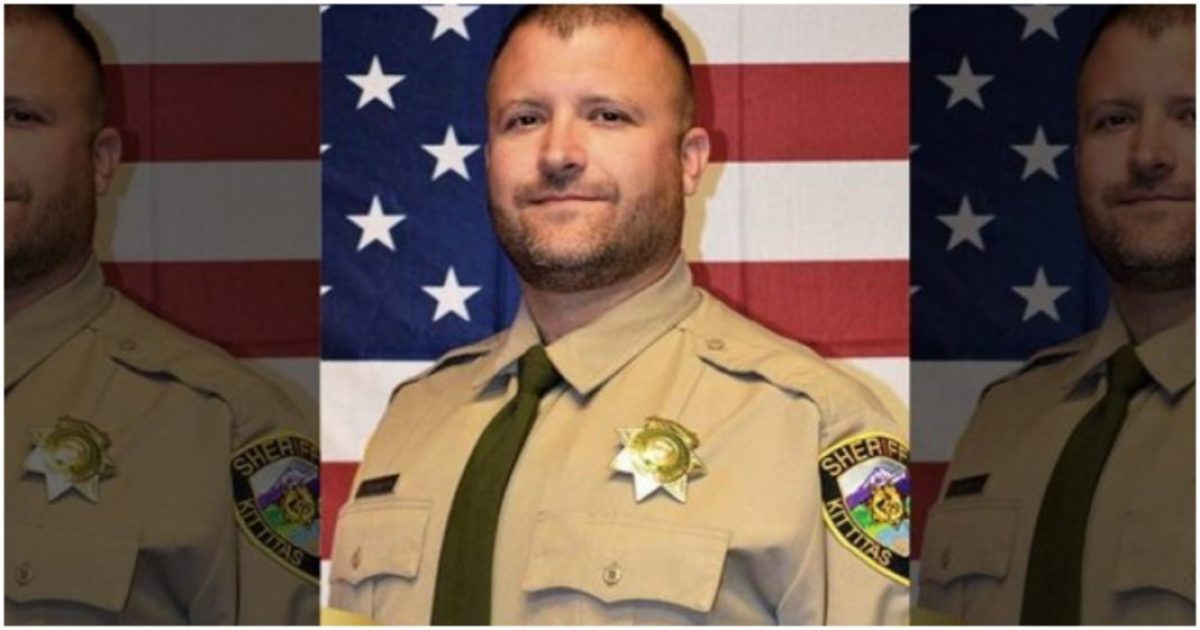 Thompson was shot and killed earlier this week by an illegal alien.

And yet, still, Democrats continue to vouch for “sanctuary cities.” Remember that.

And yet, still, Democrats will do everything in their power to make sure there isn’t a wall on the southern border.

A road rage suspect who investigators say shot and killed a Washington state sheriff’s deputy and wounded a police officer earlier this week was in the U.S. illegally, federal authorities said Thursday.

Kittitas County Sheriff's Deputy #RyanThompson was married with 3 children and is the 1st officer to be shot and killed in Kittitas County since
????1927.????

By an #IllegalAlien of course.

This madness must stop! #Congress has to change immigration laws!https://t.co/3RxpwH1Aw4

#FakeEmergency, really?
ANOTHER ICE Officer killed, another wounded by an ILLEGAL ALIEN.
Ask yourself, why are they (Dems) saying the border is an imaginary problem when thousands of Americans are dying?#WakeUpAmerica

THIS IS A NATIONAL EMERGENCY!https://t.co/mOJiYcKOGO

Trump, as you’d imagine, was not at all pleased.

The Senate voted 59-41 to pass the measure, declaring they would not support a “national emergency” declaration on the southern border should the president decide to send one to Congress.

Twelve Republicans sided with Senate Democrats to support the measure, including the predicted Sen. Rand Paul (R-KY), perpetual moderates Sen. Susan Collins (R-ME) and Sen. Lisa Murkowski (R-AK), pledged opposition Sen. Mitt Romney (R-UT), and Sen. Lamar Alexander (R-TN), who was the first to declare that he would vote against any effort on the part of the White House to pass the “national emergency” on separation of powers grounds.

Senate PASSES resolution to terminate President Trump's emergency declaration at the border, 59-41, sending it to Trump's desk for him to veto (as he has threatened to do).

Enter Trump with the only word he really needed to say:

Trump has to fight against his own party in a way Barack Obama never did. Democrats stick together while Republicans have minds of their own, for better or worse.

In this case, worse.

45 then elaborated a bit:

Border Patrol Chief Carla Provost has a few words for people who think there isn’t a crisis on the southern border with Mexico.

All she needed was three words to let everyone know that there’s no room for politics.

U.S. Border Patrol Chief (@USBPChief) Carla Provost: “There is an ongoing debate about whether this constitutes a border security crisis or a humanitarian crisis. Let me be clear: it is both.”

U.S. Border Patrol Chief (@USBPChief) Carla Provost: "There is an ongoing debate about whether this constitutes a border security crisis or a humanitarian crisis. Let me be clear: it is both." pic.twitter.com/wdPxvGiCUI

How will lefties react to this? Kind of a big deal, isn’t it? Straight from the horse’s mouth.