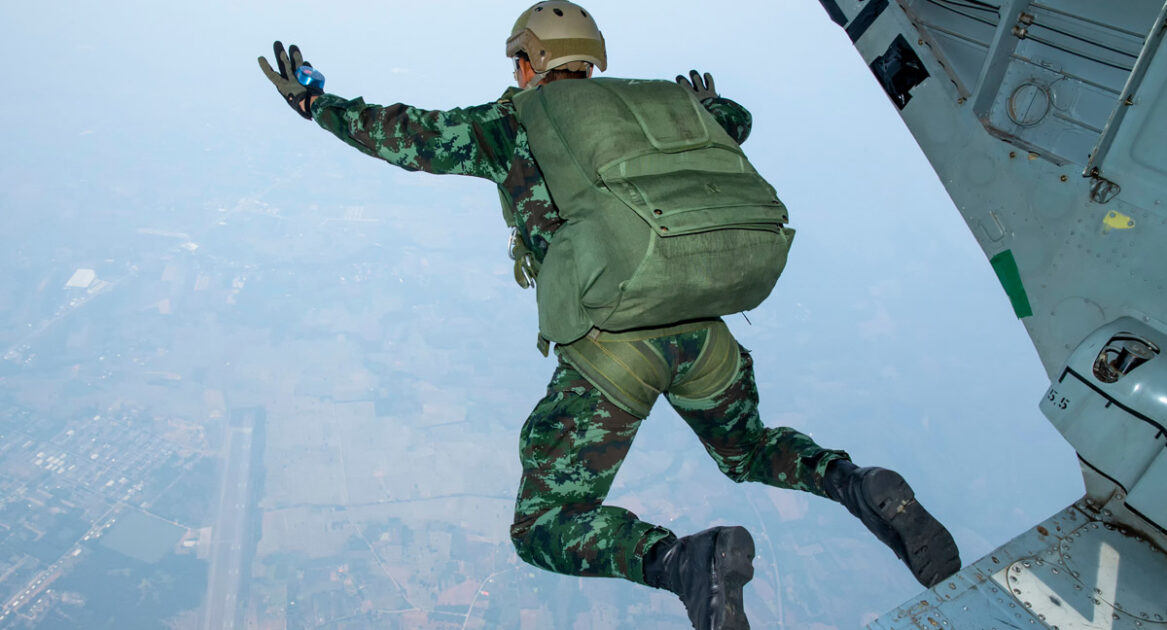 A California homeowner got the shock of his life when a soldier crashed through the roof of his home during a parachuting exercise.

The soldier, reportedly a British soldier in the U.S. for military training at Camp Roberts in southern California, said that his chute never fully opened causing him to shoot through the home’s roof like a rocket.

The soldier slammed through the roof in Atascadero, California, at around 5 p.m. on July 6. 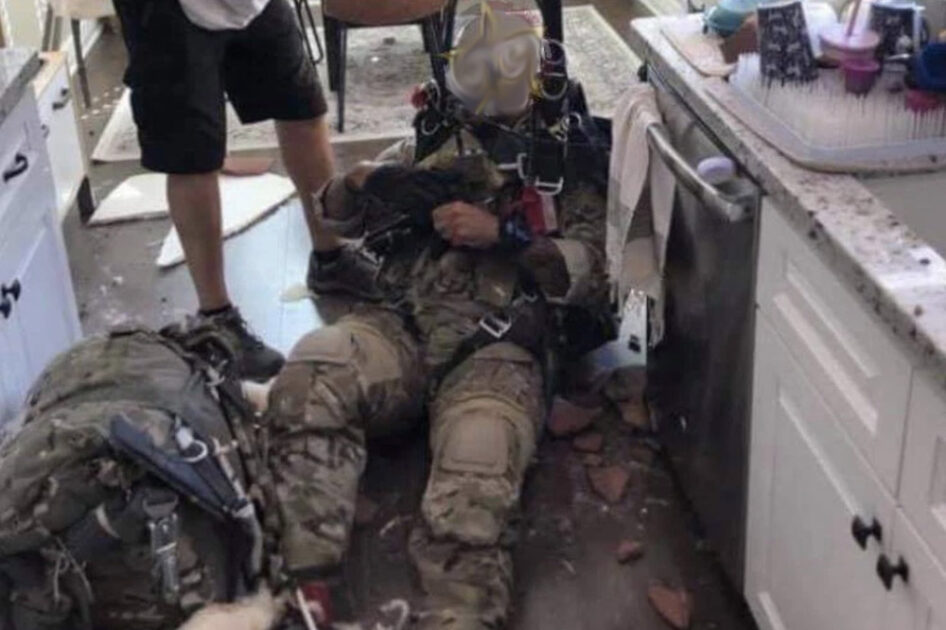 “The parachutist was conscious but stunned with complaints of pain but no visible serious injuries,” the Atascadero Police Department said in its press release.

“The occupants of the residence were not home at the time and therefore were uninjured,” the department added.

The homeowners noted that the single level home didn’t suffer too much damage because the soldier dropped down into the middle of the open kitchen.

“It’s amazing,” the homeowner’s mother, Linda Sallady, said. “It’s mostly the ceiling, the sheetrock. He missed the counters, appliances, everything.”

Everyone involved thought the soldier was extremely lucky to live though the parachuting mishap. He escaped with cuts, bumps, and bruises, but no serious injuries, it was reported.