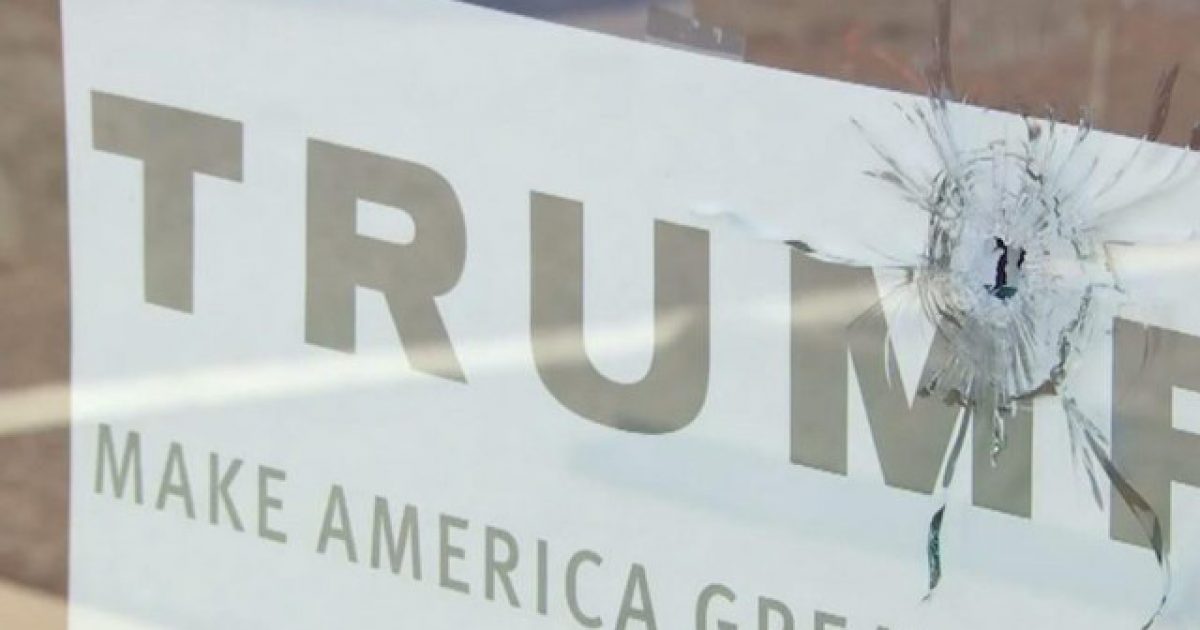 Four shots were fired into the GOP headquarters at Volusia County, Florida, sometime between Sunday afternoon and Monday morning.

Fortunately, no one was injured in the incident, according to South Daytona Police Capt. Mark Cheatham, but the front window was shot out and several inside walls bullet holes in them.

Local party Chairman Tony Ledbetter was irate over the incident and blamed Democrats.

“You’ve got some sick person, and I’ll call ’em out — they’re Democrats,” he said. “No Republican has any reason to come attack our location.”

Ledbetter added to the station that Florida GOP gubernatorial nominee Ron DeSantis was supposed to come to the office Monday.

“I’m angry. I’m mad,” Ledbetter told WFTV. “I mean, Ron DeSantis is coming here today. I don’t know if they are trying to send a message to Ron, but I’ve notified the campaign that we’ve had this incident here.”

Police said there are no eyewitnesses of the incident thus far and there has been no information about possible suspects released by law enforcement officers, nor has a motive for the shooting been uncovered.

Democratic gubernatorial candidate Andrew Gillum condemned the action, stating that there’s “no room for violence or intimidation in this election.”

“I condemn this shooting in Volusia County in the strongest possible terms, & urge anyone with information to share it with the authorities,” Gillum tweeted, the Sentinel noted. “I want supporters on all sides of this election to stay safe.”

Democratic state Rep. Patrick Henry of Daytona Beach released a statement stating he was angry about the incident going on to say “Your party affiliation should never make you a target of gun violence.”