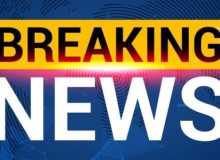 In a stark and gruesome reminder that the world is still, at times, a very wild place, a young American missionary was allegedly killed on a remote island last week by an isolated and protected tribe living in the virtual Stone Age.

As the story goes, our young missionary bribed mainland fishermen to take him out to the remote island, off the coast of India.  As he approached the beach, he was immediately slain in a hailstorm of arrows, with his body being dragged and buried on the beach.

This information came from the fishermen who took the God-fearing young man out to the island, which is a forbidden act of trespassing in the eyes of the Indian authorities.

Now, his family are concerned that their son may have survived the attack, and are calling on authorities to retrieve their son…dead or alive.

American John Allen Chau, 26, was reportedly killed by the protected Sentinelese tribe during his quest to convert North Sentinel islanders to Christianity.

Fishermen who took Chau to the island say they saw tribespeople, who are isolated from the outside world, dragging and burying his body on the morning of November 17.

But close friend John Middleton Ramsey told The Sun Online he believes there’s a chance his friend may have survived the attack – and doesn’t believe authorities should rule it out.

Advertisement - story continues below
He points to only one source being cited in the reports claiming the fishermen saw the adventurer being bombarded by arrows and then dragged across the beach by tribesmen.

Chau’s mother Linda also believes her son may still be alive as his corpse has still not been recovered, his pal said.

“I think there’s a possibility he may have survived – I wouldn’t rule it out,” John, 22, said.

Ramsey also admitted that, if Chau has perished on the island, that leaving his body where it lies wouldn’t be bothersome.

Authorities have been trying to recover Chau’s body – and believe they know where it has been buried – but their attempts have been thwarted by the armed tribesmen.

The Sentinelese have been known to attack anyone who goes to the island, seeing them as a threat.

But John says that if Chau is indeed dead, his friend wouldn’t want anyone to risk their life to bring his body home – and would be happy to be buried on the island.

“Knowing John, I don’t think it would be that important for him to be buried back at home,” he said.

“So if it was to endanger other people, I think he’d prefer being buried there.”

The fishermen who brought Chau to the island are still in custody in India.  Chau’s family says that they would like to see these men released.

People the world over have clearly resonated with what “Maverick” has to offer: a strong patriotic story and great action.
By Randy DeSoto, The Western Journal  June 29, 2022 Comment MoreShare

The account has been suspended multiple times by various social media services. That's because they expose the left's agenda.
By C. Douglas Golden, The Western Journal  June 28, 2022 Comment MoreShare
Next