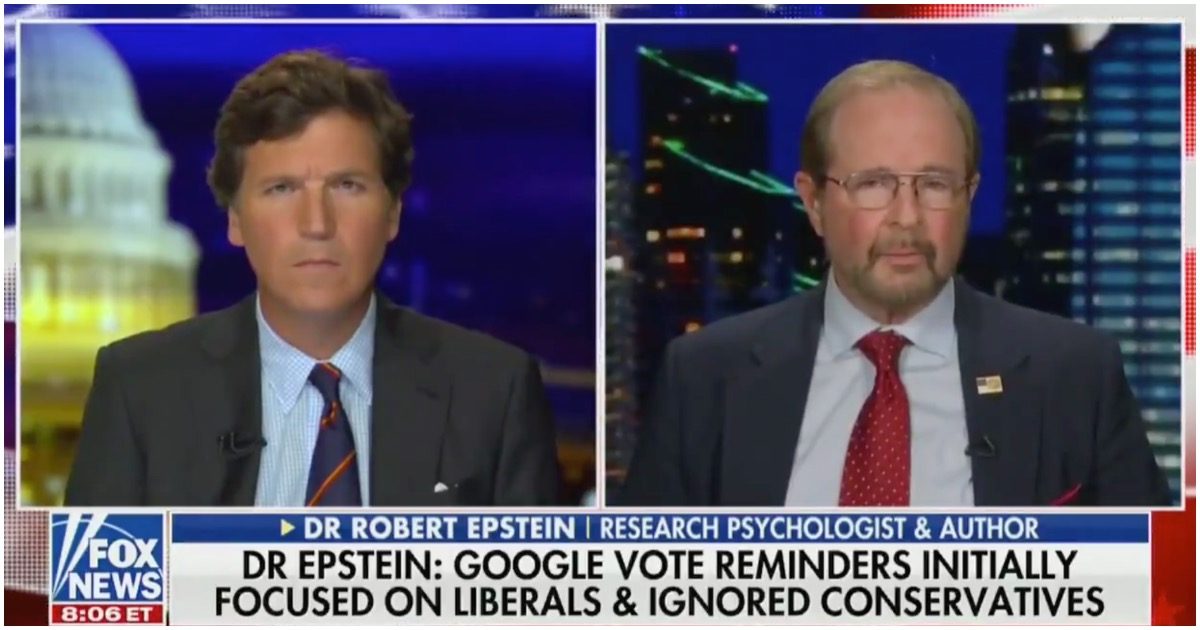 Dr. Robert Epstein appeared on Tucker Carlson Tonight on Monday evening. He dropped what he believes is a bombshell about voter manipulation in the 2020 election.

Something to keep in mind is that Epstein is a Democrat. He voted for Hillary Clinton in 2016.

One of the biggest things Epstein exposed on the show, which he believes is a smoking gun, was that his team found that Google was only showing a voting reminder on their homepage to liberals and not conservatives for a period of days. His team, which consisted of 733 field agents in the swing states of Arizona, North Carolina and Florida, was collecting data on Google and other social media companies before the election and when they found this, they went public with their data. He said almost immediately Google ceased their partisan vote reminder and began showing it to everyone for the four days leading up to the election.

No honest person can say that the 2020 election was fair.

It was RIGGED – and we caught them! pic.twitter.com/cLHJ8o7UeS

But that doesn’t make it right. Congressional Republicans need to take a stand.

At the end of the day, Americans don’t need to worry about a foreign government interfering in an election. They just need to look at American social media giants.

Search “skewed by owners and drivers of the algorithm”

“If Trump wins, there will be riots…if the left wins, they will be ecstatic”