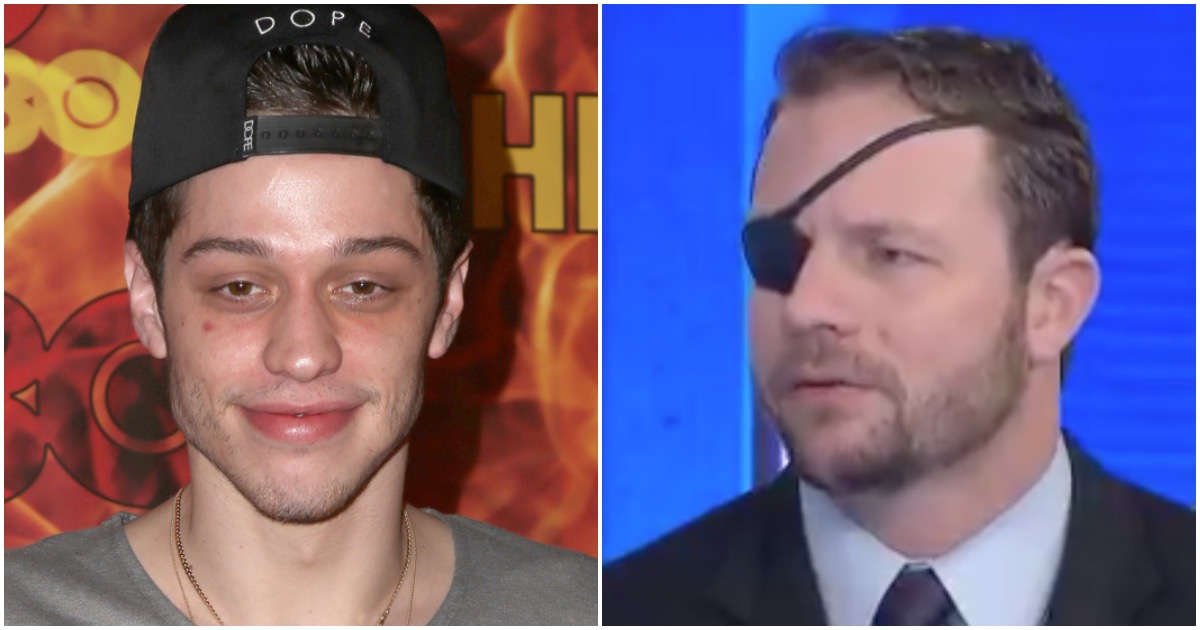 Pete was engaged to singer Ariana “I hate America” Grande for a short while, but the two have since parted ways.

Davidson recently sent this tweet: “i really don’t want to be on this earth anymore. i’m doing my best to stay here for you but I actually don’t know how much longer I can last. all I ever tried to do was help people. just remember I told you so.”

Responding to what appeared to be a call for help from comedian Pete Davidson, @DanCrenshawTX with me for #HouNewsmakers EXTRA talks about his response and phone call. https://t.co/BRiFwhBjD8 pic.twitter.com/GpqlUCPXpw

Crenshaw: “It was pretty devastating. You know you don’t want to see somebody in that kind of position to the point where they’re actually putting out a cry for help on social media. That’s not a good place to be in.”

Crenshaw: “Actually, I talked to him personally yesterday, and talked to him for a little bit about it. You know, we don’t go back very far, we’re not good friends, but I think he appreciated hearing from me…Everybody has a purpose in this world, God put you here for a reason, but it’s your job to find that purpose.”

Davidson was confirmed to be safe after sending the cryptic tweet.

Anti-Trump actor Alec Baldwin (who plays Trump on SNL) was arrested and will be charged with assault for punching another person over a parking spot.

Baldwin has lambasted President Trump from day one, hardly letting up for even a second.

A 49-year-old man was taken to the hospital following the fight with an injury to his left-jaw after being punched. He is in stable condition. One source shared with the outlet that the SNL star allegedly made “physical contact” with the left side of someone’s face after he reportedly snagged a parking spot Baldwin was waiting for.