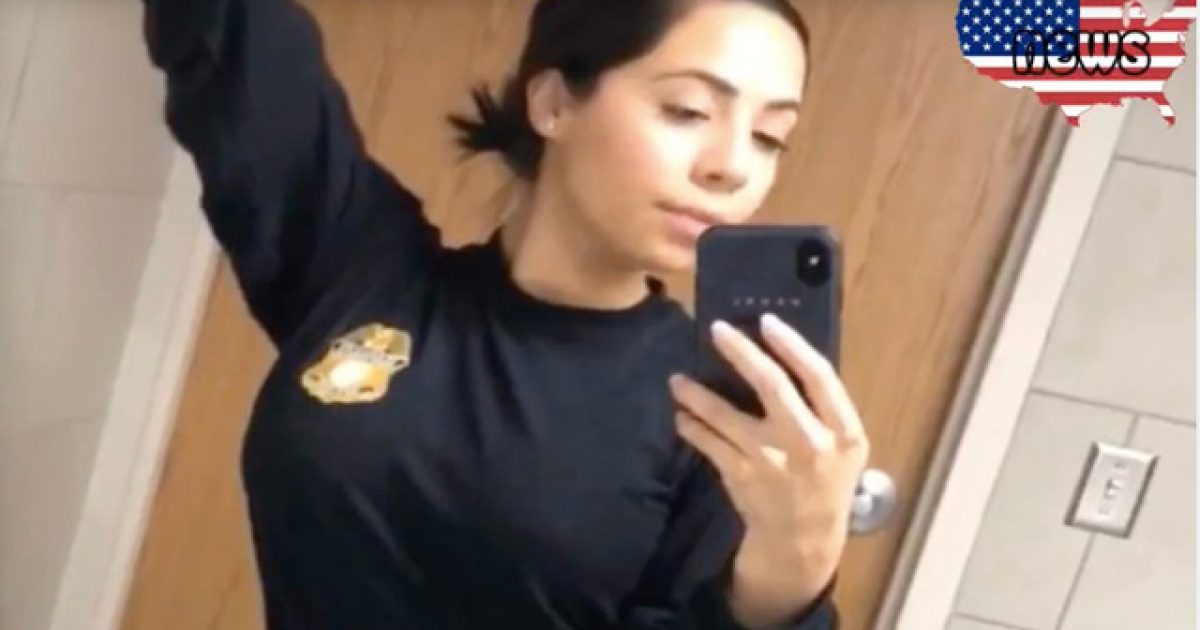 A woman who reportedly works as a customs officer for the U.S. government has come under heavy attack from radicals on the left for being a Hispanic female in immigration enforcement.

Because apparently, since she’s Hispanic, she should automatically be sympathetic to those illegally crossing the border. Sounds pretty racist, doesn’t it?

Kiara Cervantes, a young Latina woman claiming to work as a customs officer, is taking fire from the internet after she became known as #ICEBae on Twitter.

Cervantes, who was reportedly one agent proving security for Vice President Mike Pence during a recent U.S. border visit, went viral on the internet after a photo of her standing outside a detainment center hit the internet.

According to Newsweek, which asked which agency she belongs to, “Cervantes said she could not provide any comment until she has spoken with her ’employer.'”

On Monday, she tweeted about the attention — which came in waves. She also shared a photo of herself in her uniform to Twitter, with a waving emoji.

According to the New York Post, Cervantes wrote, “Just woke up … saw that I needed to make a video so y’all could believe that it’s me. It’s me — I’m a Customs officer based in Texas and yeah, I don’t know what else to say.”

Later on Monday, she tweeted, “WOW I am in awe. Thank you all for the support! My job is so hectic at this moment but I am grateful. I love protecting my country! … And I love my supporters!”

As is often the case in these types of situations, Cervantes spent a good majority of the day responding to these miscreants.

“I can’t agree with concentration camps,” she wrote. “But … this station in particular isn’t meant to be a holding facility hence the overpopulation of aliens. We are doing our best but some people won’t ever understand.”

To one person — who called Cervantes “scum” and blasted her for being a Hispanic customs officer — Cervantes said, “I think that’s really rude and naive of you to say. You have no idea who my parents are and no idea what goes into my job on a daily basis… Before speaking on something you know nothing about…. DON’T. Regardless I’m blessed and thankful for the career I have.”

It’s absolutely deplorable that this woman is being dragged down into the swamp with all of the pathetic troglodytes who can’t bother to think about an issue for themselves without being spoonfed the worldview they’re supposed to have.

These folks have no idea who Cervantes really is and what all her job duties entail, yet that hasn’t stopped these folks from passing judgment on her. It’s disgraceful and all involved should feel ashamed of themselves.

Hopefully Cervantes can get back to a normal, regular life and just ignore the hatred of strangers who literally mean nothing in the grand scope of things.

Twitter CEO Jack Dorsey Coughs Up Legal Maximum For Donation To One Democratic Presidential Candidate. Here’s Who It Was.