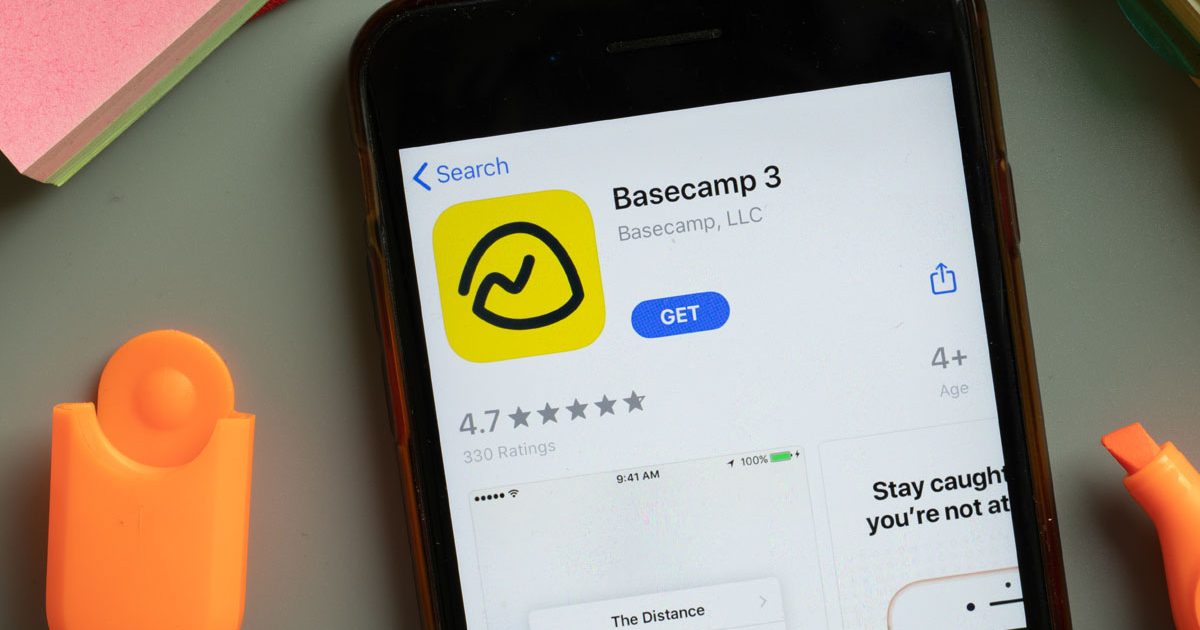 By banning political discussions at work, a software company has made a move that will likely become the norm after a few more years of fascist, left-wing wokesters turning the workplace into a constant PC battle zone.

The CEO of a company called Basecamp has outlawed political discussion at work and on the company’s internal communications system because all such discussions ever did was start cat fights, raise stress, and lead to distrust and disgust among the employees and staff.

After the company’s CEO made his announcement, though, about 1/3 of the employees immediately quit because they would no longer be allowed to push their fascist, left-wing ideology at work.

They are not a company that deals in politics, though, and Basecamp CEO Jason Fried pointed that out as he put the kibosh on stressful political attacks being waged by leftists inside the company.

1. No more societal and political discussions on our company Basecamp account. Today’s social and political waters are especially choppy. Sensitivities are at 11, and every discussion remotely related to politics, advocacy, or society at large quickly spins away from pleasant. You shouldn’t have to wonder if staying out of it means you’re complicit, or wading into it means you’re a target. These are difficult enough waters to navigate in life, but significantly more so at work. It’s become too much. It’s a major distraction. It saps our energy, and redirects our dialog towards dark places. It’s not healthy, it hasn’t served us well. And we’re done with it on our company Basecamp account where the work happens. People can take the conversations with willing co-workers to Signal, Whatsapp, or even a personal Basecamp account, but it can’t happen where the work happens anymore. Update: David has shared some more details and more of the internal announcement on his HEY World blog.

That isn’t the only change that Fried and his partner David Hansson made to the company. They also put an end to the employee benefits that read more like political activism instead of benefits.

2. No more paternalistic benefits. For years we’ve offered a fitness benefit, a wellness allowance, a farmer’s market share, and continuing education allowances. They felt good at the time, but we’ve had a change of heart. It’s none of our business what you do outside of work, and it’s not Basecamp’s place to encourage certain behaviors — regardless of good intention. By providing funds for certain things, we’re getting too deep into nudging people’s personal, individual choices. So we’ve ended these benefits, and, as compensation, paid every employee the full cash value of the benefits for this year. In addition, we recently introduced a 10% profit sharing plan to provide direct compensation that people can spend on whatever they’d like, privately, without company involvement or judgement.

Fried and Hansson are right. These benefits were all political in nature and have nothing whatever to do with the reason the company exists; to create and sell their business tools software packages.

Amusingly, all the worst, most far-left, fascist, liberals immediately quit the company. And, Basecamp will quickly learn that they are better off without them.

My guess is that in the coming years, liberals will have caused quite enough turmoil inside American corporations and the companies will begin tom join Basecamp in banning wokeism inside their operations.

After all, wokeism adds absolutely no value to a company and only causes damage to employee relationships. Eventually companies will get sick and tired of the strife and the glad handing will end.

Since these companies are privately run, they have every right to do this, too.

Congratulations, Democrats, Survey Finds All the Worst States for Business are Blue