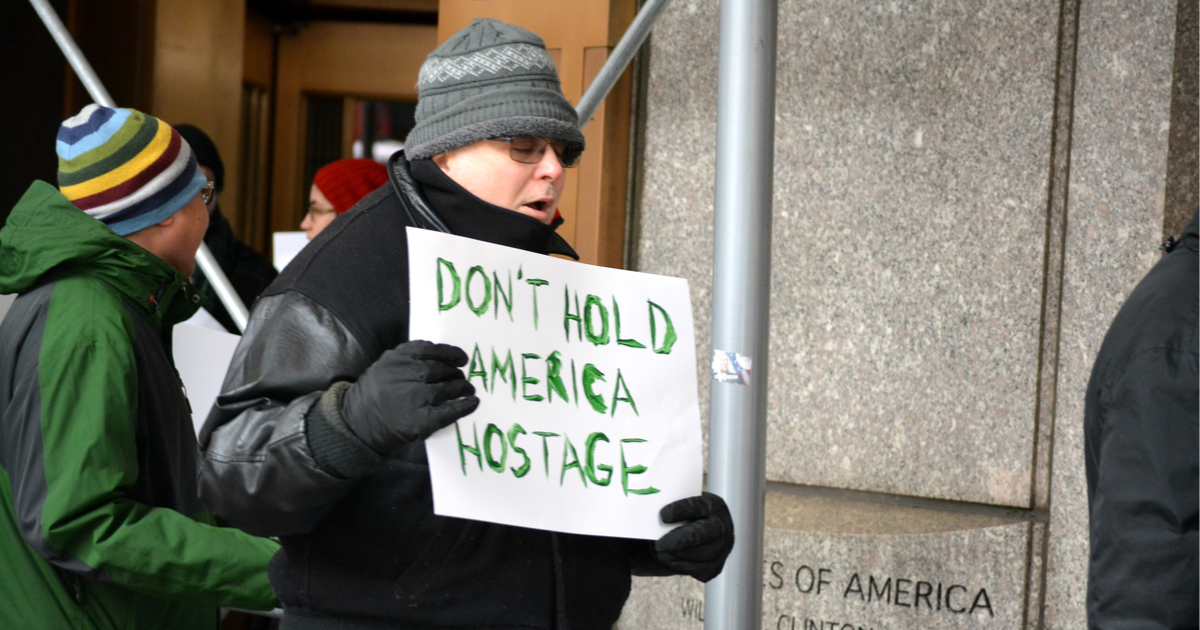 We The People are technically in charge of Congress, although it certainly doesn’t feel that way at all lately.

The wealthy, ruling class that we’ve elected time and again to our legislative branch of government has walked all over us in recent decades, changing laws at will to be able to reap the benefits of corporate meddling in our governmental system.  These congressmen and women are public servants, after all, who have done nothing but taken advantage of us for the benefit of their own wealth.

And, since we seem a bit hesitant to revolt at the moment, the best that we can hope for is to encourage those elected officials who still understand the reason that they even have a job in the first place:  To do our bidding and keep the government functioning properly.

That’s why an intriguing new bill has the support of a great many Americans who were absolutely incensed by the careless and reckless nature of our federal government during our recent partial shutdown.

The bill, if passed, would place the daily pay for members of Congress, the president and vice president in escrow for each day a government shutdown was in effect.

Once the government is reopened, the withheld pay would be released.

“Only in a town as broken as Washington do you still get paid when you don’t do your job,” Rose said. “That’s wrong, and it’s past time to make it right.”

A piece of legislature with a similar aim has already received the support of several members of the US Senate, implying that there may be hope for such a common sense bill actually making it to a vote.

Ralph Northam Isn’t Out of The Woods Yet, as Dems Continue to Pressure VA Governor