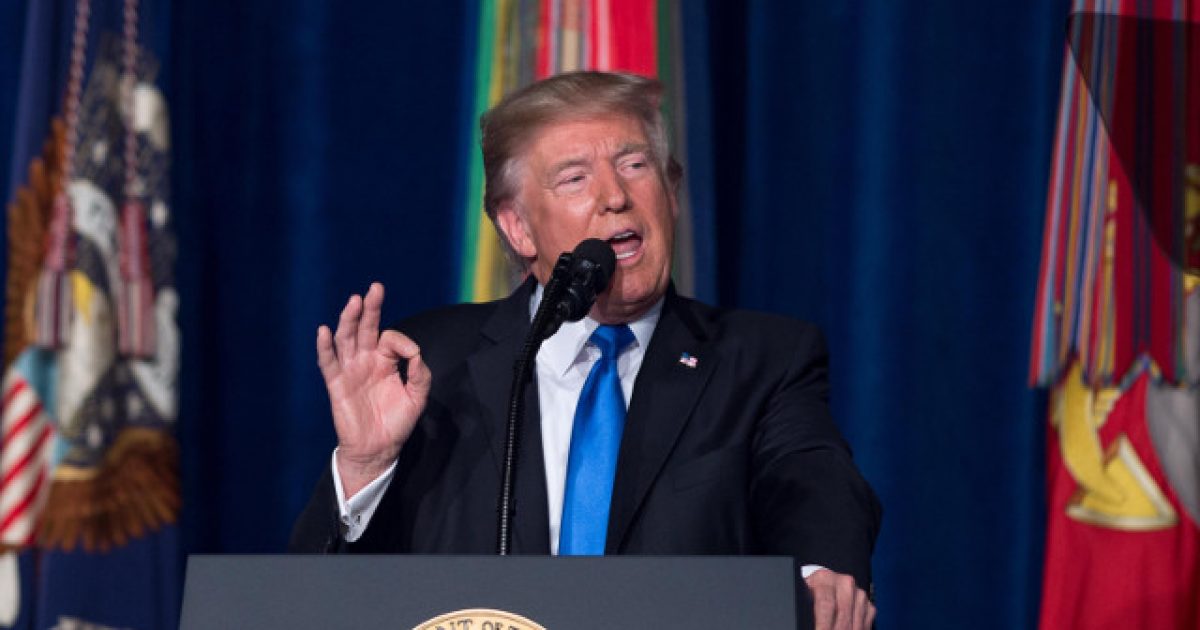 Sources are claiming that Turkish President Tayyip Erdogan wasn’t too thrilled about the letter he received from President Trump that warned him not to take action along the Syrian border and tossed the letter in the trash.

These same sources, who are close to Erdogan, confirmed with the BBC on Thursday that he “thoroughly rejected” the president’s letter, in which Trump threatened to annihilate Turkey’s economy if he decided to go forward with military action in Syria following Trump’s announcement several days prior to pull troops from the northeast of Syria.

Erdogan reportedly took the letter warning against being a “fool” and tossed it “in the bin,” the sources said.

Nearly all U.S. troops there have been removed and will be redeployed in the region in the coming weeks, something critics said was the “green light” for Erdogan to act.

Here’s the letter Trump sent to Erdogan via Trish Regan on Twitter:

EXCLUSIVE: I have obtained a copy of ⁦@realDonaldTrump⁩’s letter to #Erdogan. ⁦@POTUS⁩ warns him to not “be a tough guy! Don’t be a fool!” Says he could destroy Turkey’s economy if #Syria is not resolved in a humane way. Details tonight at 8pm #TrishRegan #FoxBusiness pic.twitter.com/9BoSGlbRyt

Trump took a lot of criticism for his decision to remove troops from Syria, with many folks saying that this move was basically granting permission for Erdogan and Turkish forces to waltz into Syria and attack our Kurdish allies, essentially leaving our “friends” hanging.

The president has since defended his actions saying the move to pull troops was not a “green light” for the attack on the Kurds.