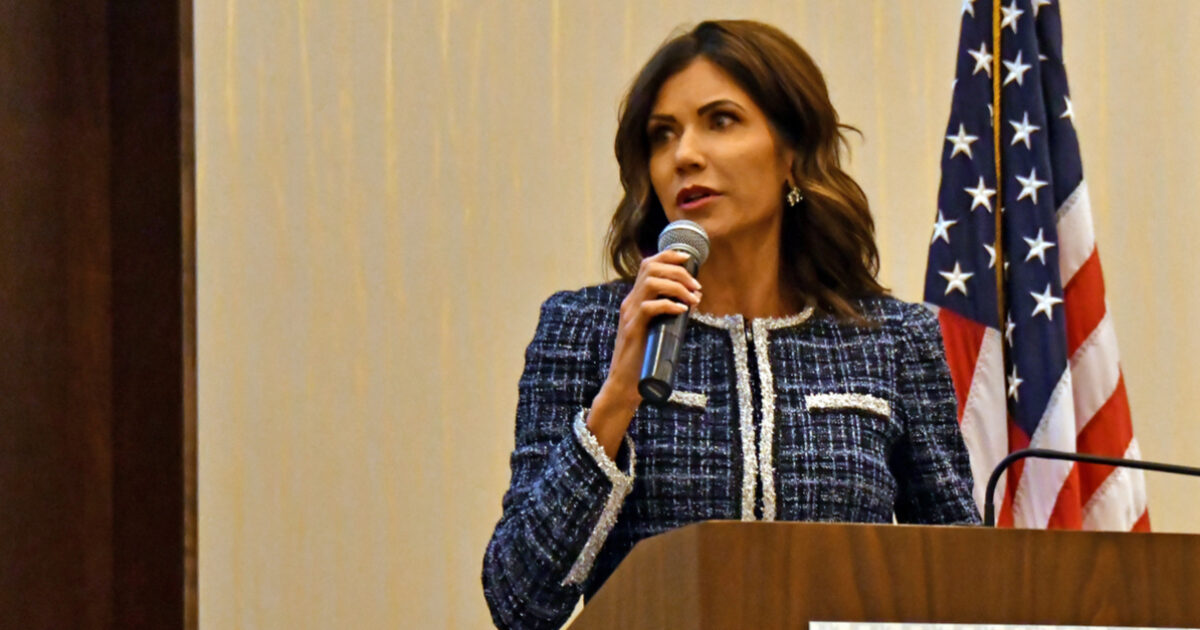 The Biden administration has been facing a number of major criticisms of late, but one issue in particular is prompting some unprecedented legislative and military maneuvers.

From the very moment that Biden ascended to the West Wing, there were fears that a perceived relaxing of the nation’s border security could foment larger migrant surges.  Based on the evidence at hand, this appears to be fairly true, and we found ourselves suddenly in the grips of a humanitarian crisis on the border.

The inaction of the administration has frustrated many lawmakers, and some are now taking matters into their own hands.

South Dakota Gov. Kristi Noem on Tuesday announced that her state is sending dozens of National Guard troops to Texas to help the Lone Star State deal with the continuing crisis at the southern border, after an appeal for help from Gov. Greg Abbott.

Noem announced that 50 South Dakota National Guard troops would be sent to Texas to secure the border between the U.S. and Mexico. Her office said the deployment will last for between 30 and 60 days, and that it will be paid for via a private donation.

Noem did not hold back in her assessment.

“The Biden administration has failed in the most basic duty of the federal government: keeping the American people safe,” Noem said in a statement announcing the deployment. “The border is a national security crisis that requires the kind of sustained response only the National Guard can provide.”

The move represents are serious escalation of tactics at the border, and has many within the federal government looking downright ineffective.