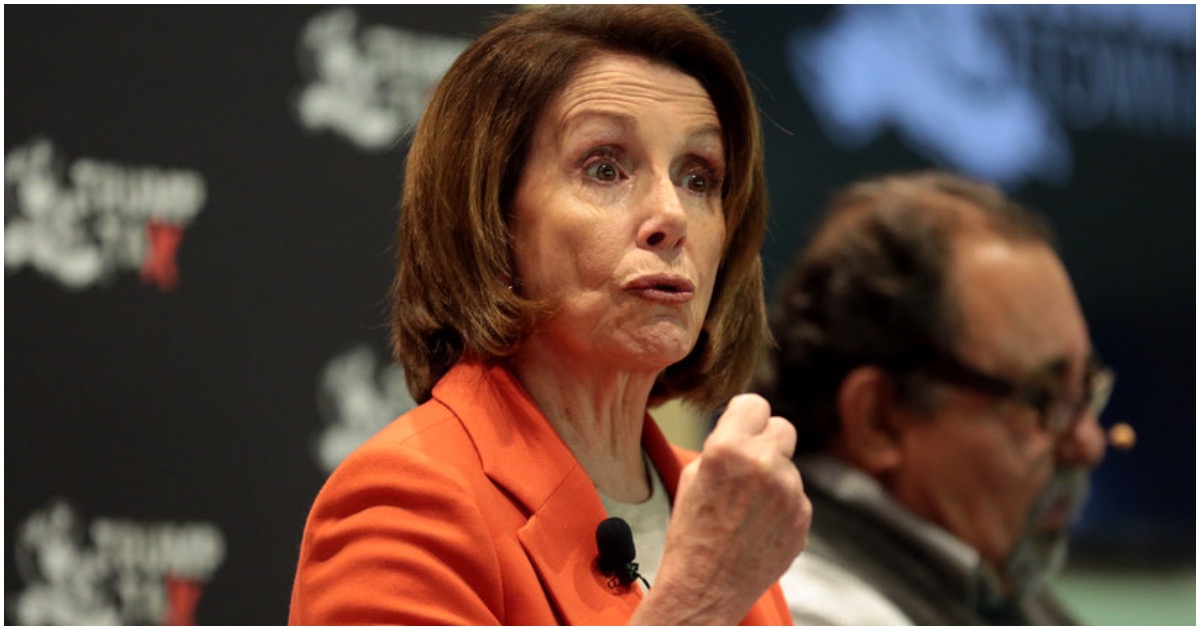 That’s not hyperbole, either.

Nancy Pelosi has a long history of promoting abortion and she will continue to push a pro-abortion agenda as the incoming Speaker of the House.

Pelosi takes the gavel as Speaker for the 116th Congress today, and her priority agenda to dismantle the pro-life policies of the Trump Administration take center stage. In her first act, the Consolidated Appropriations Act of 2019, Pelosi’s price tag for ending a government shutdown includes repealing the Protecting Life in Global Health Assistance policy (formerly known as the Mexico City policy), and vastly increases taxpayer funding of the United National Population Fund (UNFPA) which is a chief contributor to China’s appalling policies of forced sterilization and coercive abortion. In essence, Pelosi wants Trump’s wall on abortion repealed while forcing Americans to finance the international abortion industry.

While Trump remained at the White House during the shutdown and canceled his vacation to Florida, Nancy was livin’ large in Hawaii…

[email protected] just hanging out in Hawaii during the #GovernmentShutdown This seems to be a tradition. https://t.co/14Vu3l7xn3 pic.twitter.com/dHdTzt9egZ

Wake up America! How Many Politicians Have Been Arrested for Violating the Constitution Vs. How Many People Arrested for Standing up for it??
May 29th, 2020 TCP News