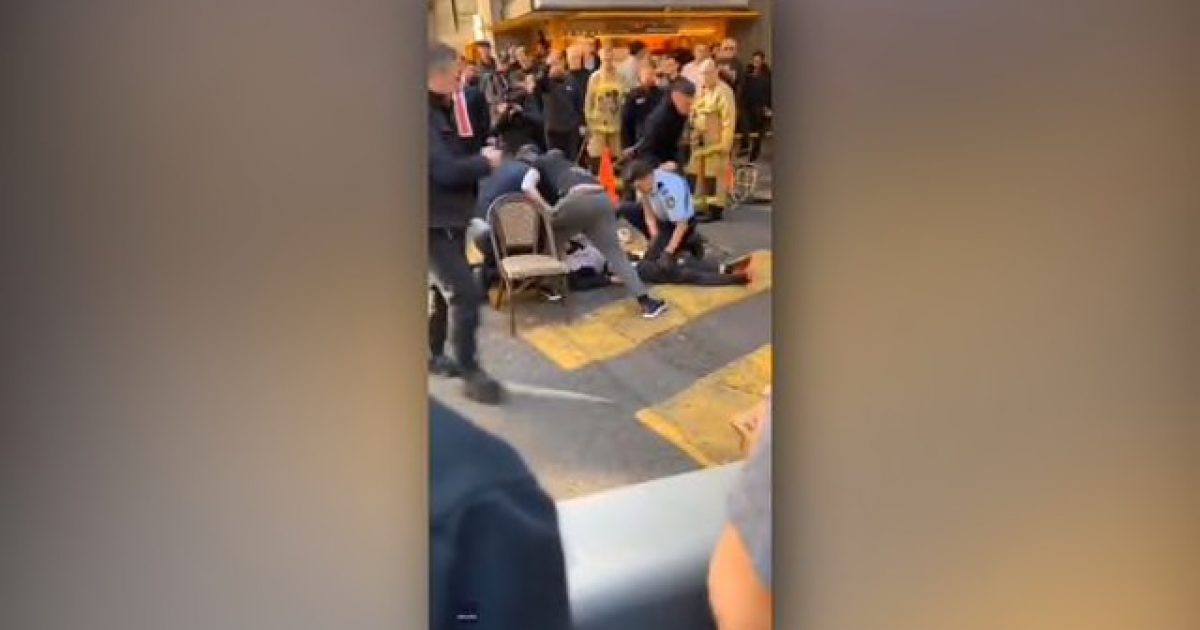 Ever since the two mass shootings that happened in El Paso and Dayton last week, America has once again become a war zone over the issue of gun control, with the left demanding strict laws be passed to try and strip law abiding citizens of their right to bear arms.

The truth of the matter is, gun control laws and gun bans don’t work. Conservatives have been making well informed arguments about this very topic for what seems like forever, and yet it doesn’t seem to phase the left.

Which is why the recent stabbing rampage that happened in Sydney, Australia on Tuesday is important to take a look at.

A man allegedly slit a woman’s throat inside an apartment and then attacked folks on the street, stabbing a 41-year-old woman in the back.

See, folks? Even with a gun ban like Australia’s, you can’t stop crazy from being crazy.

New South Wales police commissioner Mick Fuller called the attacks in the street six minutes of “terrifying carnage,” as The Guardian reported. The Guardian added, “Police say the man was arrested carrying a USB drive containing documents espousing ‘terrorist ideologies’ and detailing mass casualty crimes, including recent attacks in North America and New Zealand, but he did not have any known links to terror groups, and acted alone.”

A witness told Daily Mail Australia she saw fire and rescue workers with an axe and a crowbar join civilians who carried chairs chasing after the man. She added, “One of the guys who was chasing pushed him in the back, then as he was falling the firies got him in the legs, and then they pinned him down with the chairs. Then they just sat on him until the cops came.”

The Wall Street Journal reported, “Television images showed a young man in a bloodied shirt and black hooded sweatshirt being chased through the streets. He leapt onto the hood of a Mercedes-Benz car and waved a large butcher’s knife from its roof. When the car shot forward, the man fell off, and that is when several other men surrounded him. News footage showed his body pinned under a chair and his head under a milk crate while armed police handcuffed him.”

Video of the suspect shows him brandishing a large butcher knife, jumping on a car and screaming for someone to “shoot him in the head,” which seems to me like a clear indication that mental illness played a rather significant role in this man’s breakdown.

In fact, as he was being restrained, there was a bottle next to him of a drug called Antenex, which is prescribed for anxiety and depression. Oh and the guy recently escaped from a mental health facility.

Oh, but you know, it’s not mental health that’s the problem. It’s the knife. If Australia wants to prevent another one of these incidents they need to enact knife control immediately.

That was some serious sarcasm, folks.

CNN’s Chris Cuomo EXPLODES On Heckler, Threatens to Thrown Him Down the Stairs (Watch)