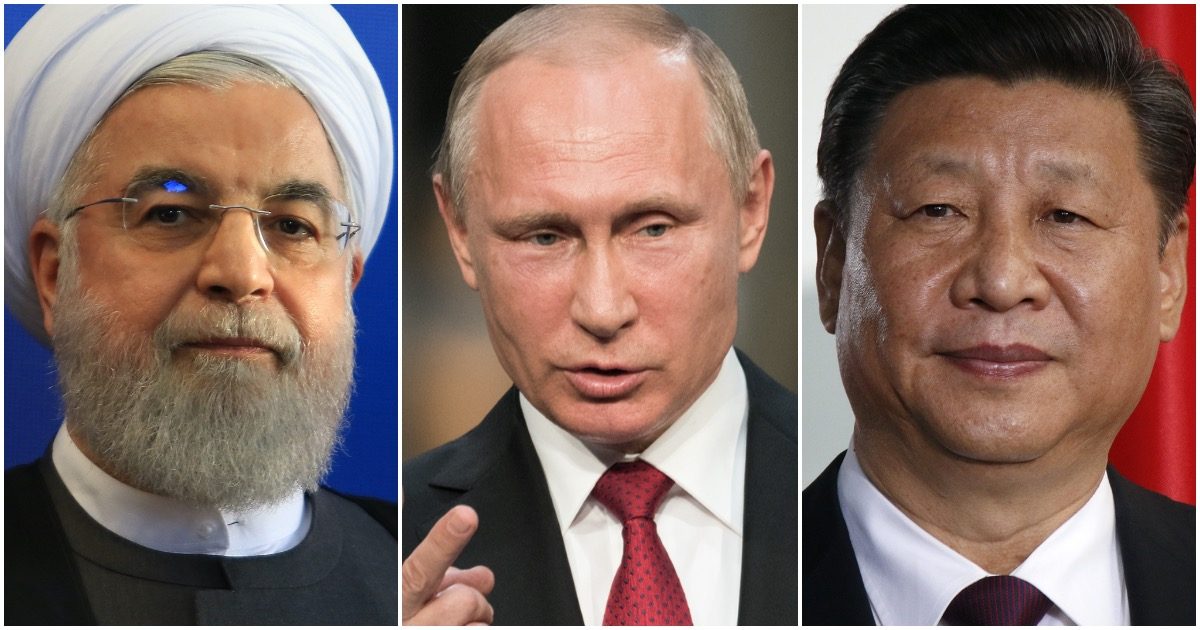 A lot of American leftists believe Fox News (and any conservative outlet) is state-run media. That’s because they don’t know much about anything, especially politics.

To this day, even many Congressional Democrats choose to side with foreign powers who aren’t exactly friends of the United States. They have no shame in doing so, either.

Check out this new report featuring Iran, Russia, and China, via Townhall:

The State Department confirmed to staff members of the House Committee on Oversight and Reform during a briefing on April 15 that the state-run media in China, Russia, and Iran are working in together to blame the Wuhan coronavirus pandemic on the United States, according to an internal GOP Oversight and Reform Committee report.

In the report that was obtained by Townhall, it also laid out how the World Health Organization and China had been misleading on the severity of COVID-19 during the early stages of the pandemic, which originated out of the city of Wuhan, the capital of Central China’s Hubei province:

“According to a cybersecurity report, Chinese state-run media has attempted to shift the blame for the pandemic away from China and instead painted China as a global leader in the response to the pandemic. A spokesman for the Chinese Foreign Ministry has openly blamed U.S. servicemembers for originating the virus in China. China further censored and detained any Chinese official, including doctors, who tried to warn of the true origins of the virus.

“The State Department has confirmed Chinese, Iranian, and Russian state-run media are all promoting similar messages in an effort to blame the U.S. for COVID-19. Further, China is attempting to use propaganda regarding its pandemic response to convince the world that socialism, communism, and authoritarianism are better than freedom, liberty, and representative government.”

After two years of a Russian collusion investigation by Special Counsel Robert Mueller, which turned up jack squat and cost the American taxpayer millions of dollars, lefties like MSNBC’s Lawrence O’Donnell are giving a whole new meaning to if at first you don’t succeed, try again.

O’Donnell appeared pleased that Iran retaliated against American troops after Trump gave the order to take out the world’s number one terrorist, Qasem Soleimani.

Of course, Soleimani was only number one because Trump had already taken out ISIS leader Abu Bakr al-Baghdadi.

After Trump decided to name German Ambassador Richard Grenell to the post of acting director of national intelligence, former Obama lackey Susan Rice decided to give her two cents.

In typical liberal fashion, she showed no remorse for the man who would be the first openly gay person to hold a cabinet-level position.

President Trump to Reporter: ‘CNN Is Fake News, Don’t Talk to Me!’ — Video