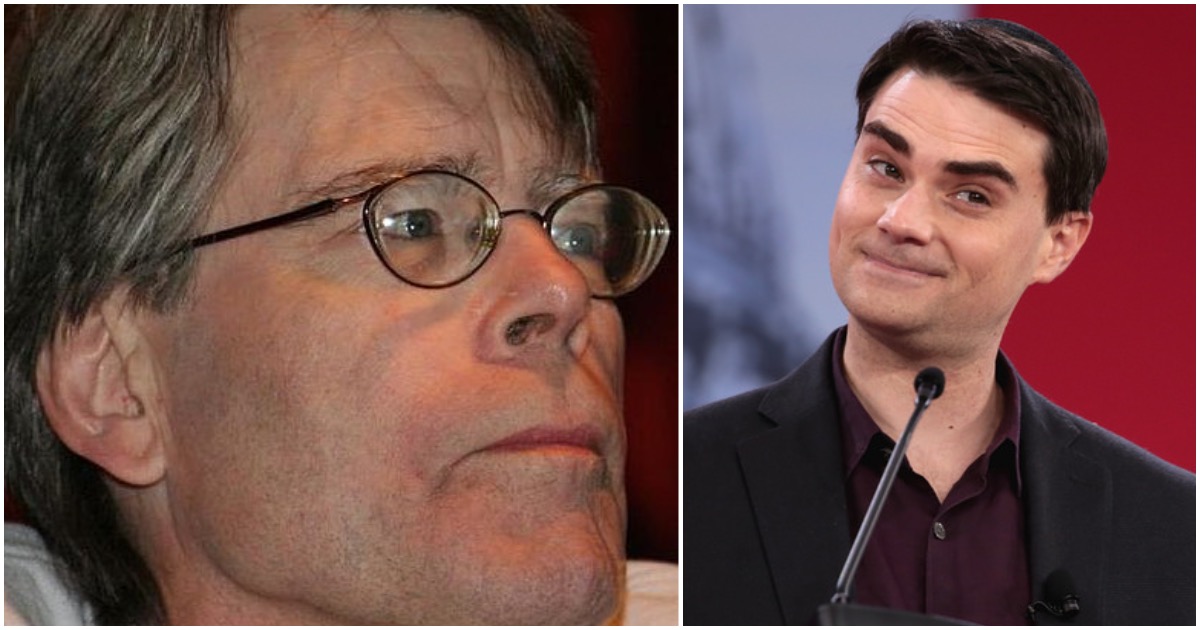 Stephen King is one of the most well-known authors in the world.

He has millions upon millions of copies of his novels in print, making him an extremely rich man.

One would think King would be better with words.

Donld Trump is a runaway horse, and we’re all on board. Vote Democratic tomorrow. Let’s put a bit in his mouth and rein him in.#VoteBlue

Can you be on board a horse? https://t.co/jq2CjXxNw5

How big would a horse have to be to fit 325 million people?

45 epically embarrassed the former Speaker by threatening to take her threats of subpoena as a means of persuasion all the way to the Supreme Court.

The president remained optimistic about Republicans retaining their House majority, but he fumed about Mrs. Pelosi’s subpoena threat should her party prevail in the midterm elections Tuesday.

He said the threat begged a lengthy court battle.

Anti-Trump Alec Baldwin Gets Very Bad News After Arrest, & He Won’t Be Happy