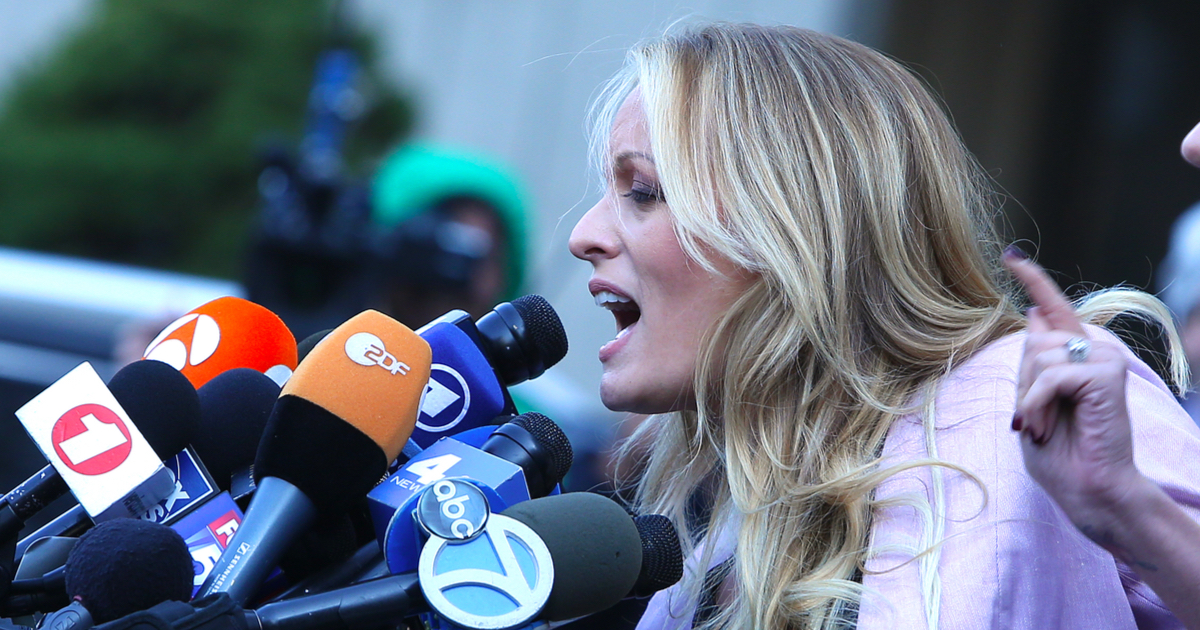 There is no doubt that the President has vanquished many a foe during his time in office, thanks to the nonstop “resistance” of the liberal left.

Trump has very simply been forced to govern uphill the entire time he’s been within the scared confines of the West Wing.  From day one, (or maybe even before), the President in chief has been met with pedantic and petulant protest from the posses of progressive being frenzied by their masters.

Women like Maxine Waters have called for outright violence, while other, such as Kathy Griffin, have made it very clear which particular form of maiming she would prefer to see inflicted on the Commander in Chief.

That woman, Stormy Daniels, just got some very bad news.

A federal judge in Los Angeles appeared inclined Tuesday to toss out a lawsuit against President Trump by adult film star Stormy Daniels seeking to tear up an agreement that paid her $130,000 in exchange for her silence about an alleged sexual relationship with Trump more than a decade ago.

Lawyers for Trump and his onetime personal attorney, Michael Cohen, agreed to rescind the settlement agreement with Daniels, then asked U.S. District Judge S. James Otero to dismiss the lawsuit. Otero did not rule on the request, but seemed to agree that Daniels no longer had grounds to sue.

“It seems you’ve achieved … what you sought to achieve,” Otero said.

The news was perhaps worse for Michael Avenatti, Daniels’ lawyer.

Despite appearing to get what Daniels originally sought — dismissal of the agreement she’d disregarded long ago in speaking to news media and writing a book — Avenatti, who once toyed with challenging Trump for the presidency, fought hard to keep the case alive. He argued the case should continue because he wanted to take sworn statements from Trump and Cohen. He also plans to ask for legal fees.

Hopefully, this will be the last piece of news to come from Stormy Daniels and Michael Avenatti for a good, long while.