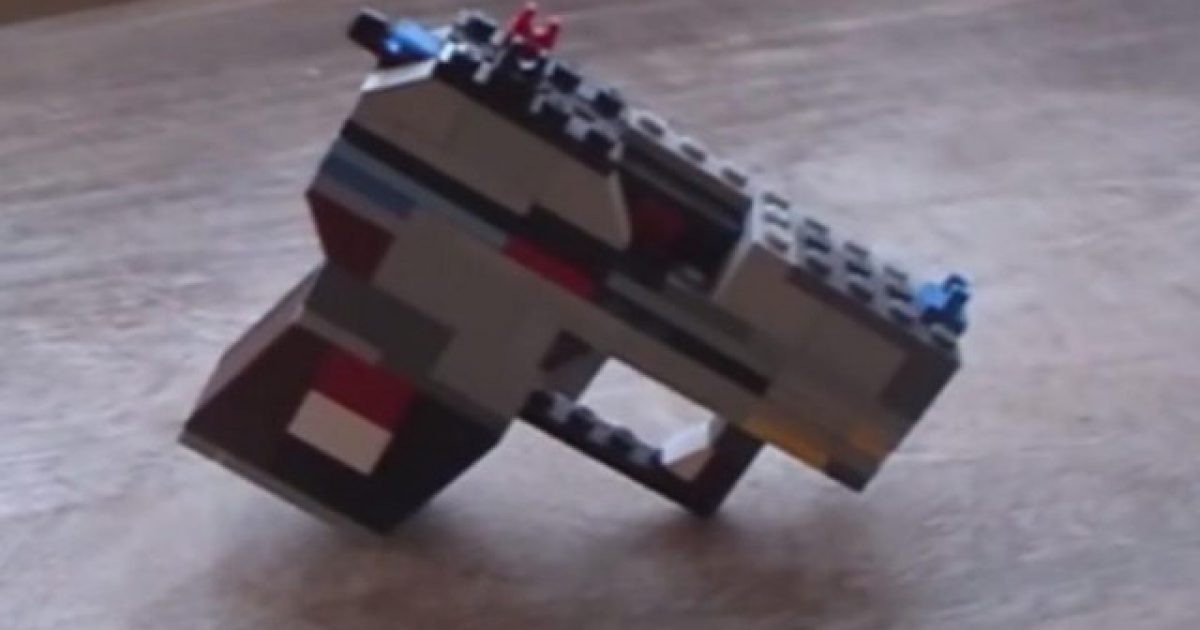 Thanks to the left’s constant fear mongering over guns, we’ve reached a fever pitch in paranoia, so much so that if a kid even dares to mention the “g word” in school he could end up not only suspended, but dragged away in handcuffs.

You might think this is an exaggeration, but we’ve seen an uptick recently in schools overreacting to the fear of a possible school shooting, the most recent example of which comes to us from Connecticut.

A student at Jepsen Magnet School in New Haven made a toy gun from Legos, pointed it at other classmates, and as you might expect, officials completely lost it.

Police were called to Jepsen Magnet School in New Haven this week because an unidentified child was pointing the gun made out of colorful toy blocks at other students.

Very few details have been released by the school which serves students from pre-K to eighth grade.

Will Cook, a spokesperson for New Haven Public Schools told Fox61: ‘School leaders and local police partners were able to investigate and resolve the issue internally with use of restorative practices.’

‘Appropriate steps were taken at the school level to insure the safety of all students and to impress upon the students the seriousness of engaging in positive peer interactions while avoiding conduct that may pose risk or concern to others.

It’s just plain outright ridiculous to call the police over a kid building a toy gun out of blocks. It’s needless melodrama and the teacher responsible for doing that in this case ought to be ashamed of themselves.

This kid likely had the pants scared off of him by having the police show up over this. And let’s not even get into how much of a waste of resources it is to call law enforcement over such an ordeal.

It’s understandable to be on high alert, especially after the shooting in Florida, but there has to be some form of common sense exercised to keep the hysteria down to a minimum. One helpful tool would be armed guards at every entrance.

Unfortunately, these common sense measures are often overlooked due to the fact that liberals are desperate to find an excuse to ban firearms.

How do Democrats Really Feel About Israel? Look How Many Attended Ceremony Declaring Jerusalem It’s Capital