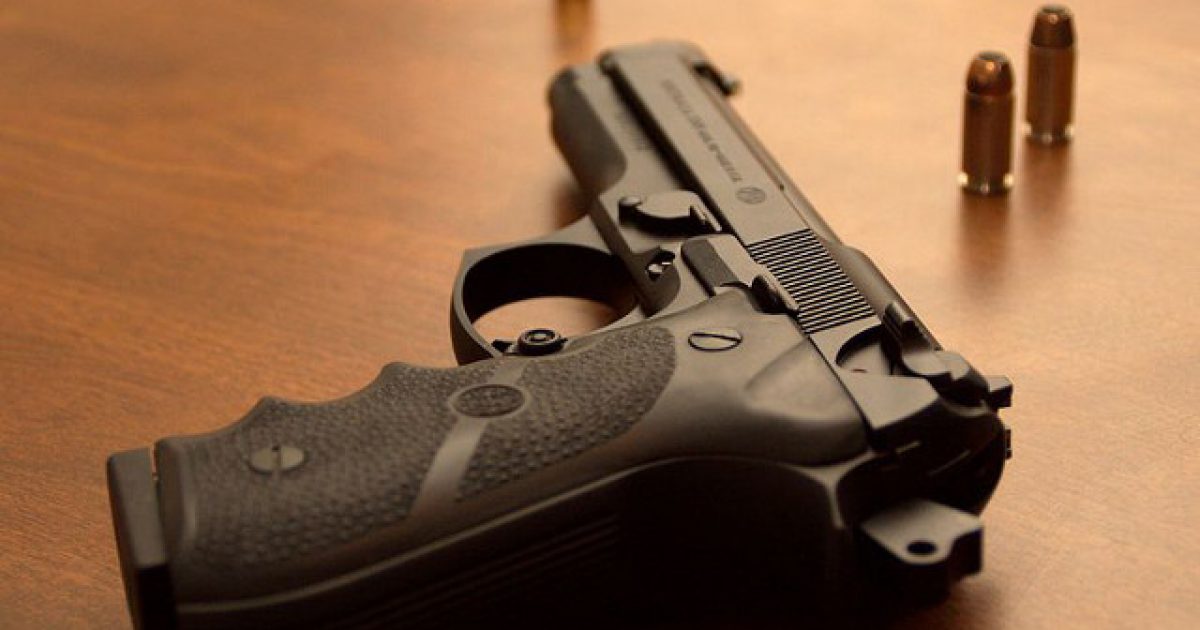 A student at a Pasadena, California school was dragged in for questioning by officials after he wore a pro-Second Amendment flag as a cape for a pro-gun function located at the school.

The folks over at Campus Reformed managed to snag an audio recording of the exchange that took place between the administrators and the student and have published it, along with some transcriptions of the events that transpired.

Student Charles Li, a member of the South Pasadena High School’s Young Conservatives group, decided to don the flag which contained the slogan “come and take it” as a means of expressing his support for the constitutional right to bear arms during a walkout.

The flag also featured a picture of an AR-15 style rifle.

Campus Reform reported that the school’s assistant principal and another school administrator approached Li about the flag and reportedly told him that wearing the flag was a violation of the school’s dress code — for promoting “violence.”

After the school officials brought their concerns to Li, he responded, “Yeah … it’s not an actual gun.”

“Gun” was apparently the only word the administrators needed to hear, as heard on the recording.

“So it is a gun!” one of the administrators answered.

On the recording, Li responded, “If it is a gun, I have a right to wear it in support of the Second Amendment,” and declared that the “whole point of the protest is going against a semiautomatic weapons ban.”

Here’s the recording. It’s absolutely worth a listen so you can see for yourself what educators think of our God given rights, especially the Second Amendment:

Administrators go back and forth with Li about whether wearing the flag violated the school’s dress code, stating that if it was something that “intimidates or scares people or disrupts the educational process” it’s not something that can be worn in school.

Li replied by stating he had only planned to wear the flag during the walkout, not during class.

Later on, the administrators ask to see Li’s phone, to see what he “may possibly have on that phone.”

Li admits to having the phone on him, and that’s when the recording ends.

A teacher reached out to Campus Reform and stated that the dress code at the school is usually ignored by the vast majority of the students, who rarely ever face consequences for what they wear.

The teacher, who feared he or she would lose their job, said there is a continuing trend of harassment against conservative faculty members and students happening at the school.

The whole point of a school system is to help educate children on the basics so they can be a functioning member of society. They are to focus on teaching how to think, not what to think.

Hopefully something is done about this situation and Li receives some sort of vindication for what happened.