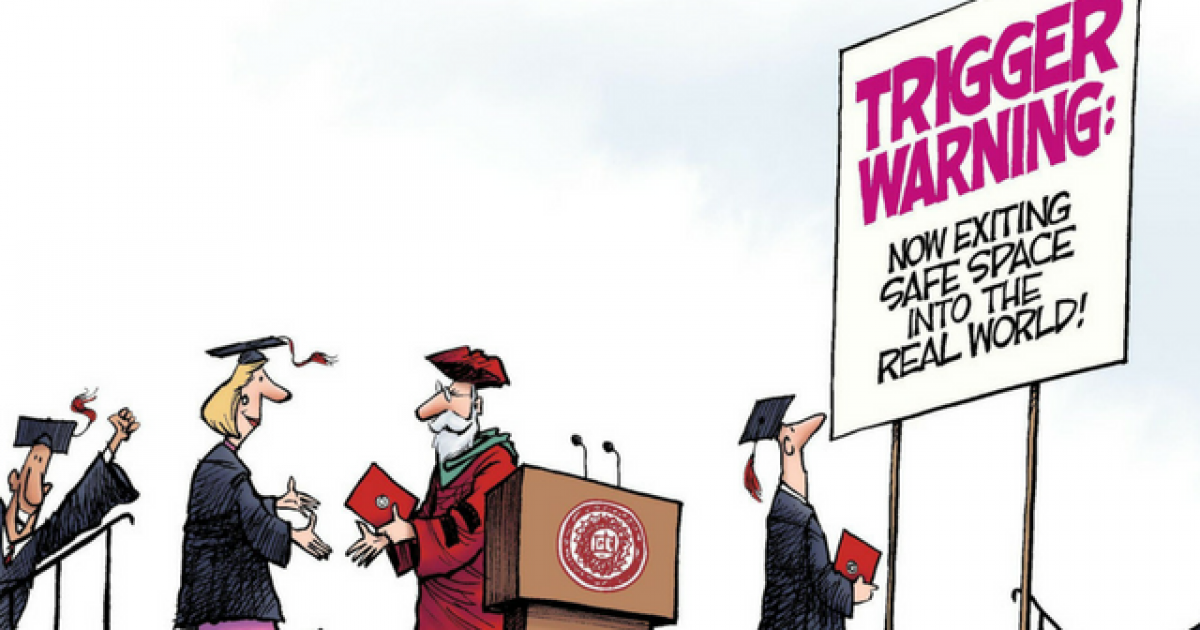 While “trigger warnings” have become a staple of the “safe space” university environment where students are increasingly coddled rather than challenged, the concept has become a joke among its critics.

After all, higher education is supposed to prepare you for life, and life doesn’t come with trigger warnings.

Considering what mainstream psychological practices about how to face one’s fears have been teaching and applying for years, it could even be said that no one needed to even study the effect of trigger warnings on a person to be able to tell they weren’t a great idea.

Most psychologists will tell you the best way for someone to face information that might, well, trigger them, is ultimately to expose themselves to it.

While it may have been unnecessary to study, however, it was studied nonetheless. And that’s pretty much what they found.

A new study from Harvard University psychologists, published in the Journal of Behavior Therapy and Experimental Psychiatry, found that such an overuse of trigger warnings can actually be harmful to those who are exposed to them.

Psychologists Benjamin Bellet, Payton Jones, and Richard McNally took 270 American research subjects and divided them into two groups. One group was given a “trigger warning” before reading each of 10 passages from classic literature, where five of those pieces contained explicit material such as descriptions of murder.

The “trigger warning” group proved far more likely to suggest passages containing distressful language would cause themselves and others emotional distress had they experienced trauma.

Social psychologist Craig Harper wrote at Medium that the results of this study could have far-reaching cultural effects.

“This finding could have significant implications in the context of ongoing cultural debates about the power of language in reinforcing perceived oppression,” Harper wrote. “That is, if we are telling students that words are akin to violence and can cause harm, and then giving them trigger warnings to compound that message, we risk increasing immediate anxiety responses rather than decreasing them.”

Harper also referenced an article written for The Atlantic by authors Greg Lukianoff and Jonathan Haidt who asserted that trigger warnings could have negative mental health effects, in part because students would then simply avoid anything that may “trigger” them, thus increasing their likelihood to be triggered.

“According to the most basic tenets of psychology, the very idea of helping people with anxiety disorders avoid the things they fear is misguided,” Lukianoff and Haidt wrote, explaining that if someone were afraid of an elevator, for instance, the best thing for them would be to gradually expose themselves to an elevator, working up the comfort and the courage to ride in one. “Trigger warnings,” instead, compound anxiety and fear.

So, it turns out, it might be a good time each time a snowflake melts.

A Proposal from Nunes That Could Very Well Stop Voting Fraud