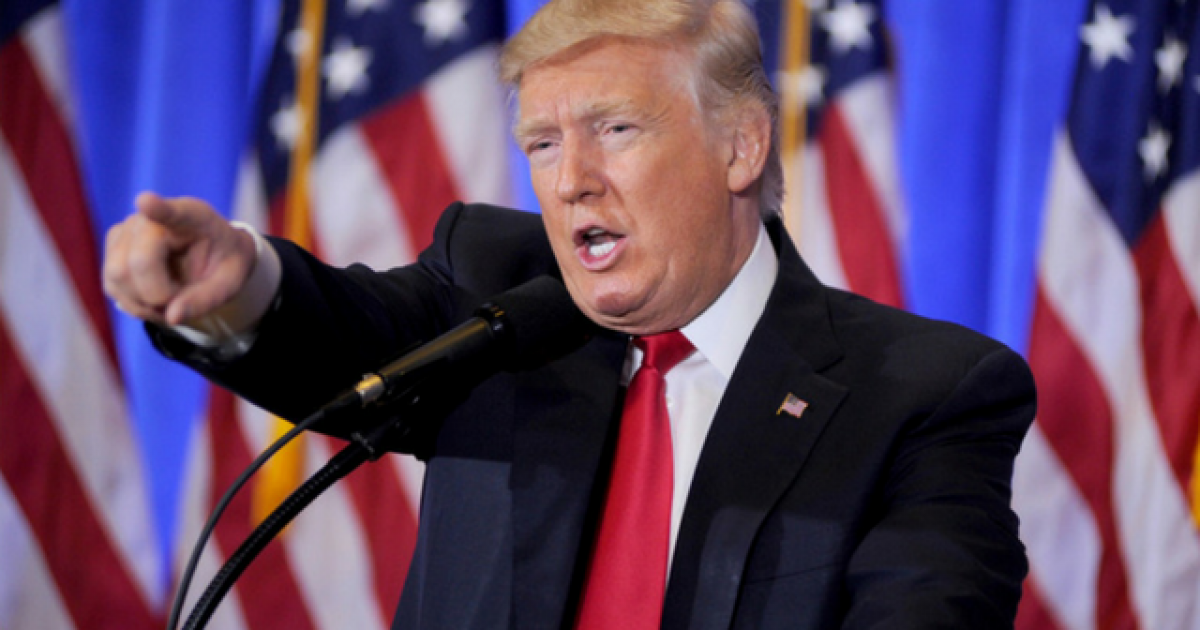 It’s hard to tell if the media is ignorant to, or enraged by, the fact that Donald Trump largely rose to popularity amid a slew of negative media coverage and a willingness to call out the far-left, propaganda outlets that comprise the vast majority of our legacy news outlets.

Whatever the case, they’ve completely doubled-down, continuing to destroy public trust in their ability to objectively report on this administration–or anything else for this matter.

Never one to shy away from calling them out for their blatant lies and ideologically-driven coverage, Trump unleashed a vicious rant against the MSM on Twitter last night, which will no doubt give them plenty to feign outrage over for at least a few upcoming news cycles.

Take it away, Mr. President:

When the media – driven insane by their Trump Derangement Syndrome – reveals internal deliberations of our government, it truly puts the lives of many, not just journalists, at risk! Very unpatriotic! Freedom of the press also comes with a responsibility to report the news…

…accurately. 90% of media coverage of my Administration is negative, despite the tremendously positive results we are achieving, it’s no surprise that confidence in the media is at an all time low! I will not allow our great country to be sold out by anti-Trump haters in the…

…dying newspaper industry. No matter how much they try to distract and cover it up, our country is making great progress under my leadership and I will never stop fighting for the American people! As an example, the failing New York Times…

…and the Amazon Washington Post do nothing but write bad stories even on very positive achievements – and they will never change!

Naturally, he will no doubt be accused of wild exaggeration…but he’s most likely correct on the numbers, as Town Hall explains:

The 90% figure is corroborated by two studies, one taken in 2017 and one taken in 2018, conducted by the Media Research Center which “studied all broadcast evening news coverage of the President from January 1 through April 30, and found 90 percent of the evaluative comments about Trump were negative — precisely the same hostile tone we documented in 2017.”

As noted MRC’s Richard Noyes, President Trump’s approval ratings actually increased during 2018. In order to conduct the study, MRC “examined all 1,065 network evening news stories about President Trump and top members of his administration during the first four months of this year. The coverage totaled a whopping 1,774 minutes, or roughly one-third of all evening news airtime.”

Even studies that show a lower amount of negative coverage on the President, which are difficult to believe if you’ve flipped on any network news channel over the last two years, still demonstrate that despite high polling numbers, the news is rarely favorable:

The Washington Post recently noted that number may be inflated, citing two polls that showed only 62% of media coverage of President Trump is negative. Still far higher than his predecessors. But, it is unclear whether that polling included news coverage of any member of the administration as well.

The President’s tweet storm, Town Hall notes, came after a meeting with A.G. Sulzberger, the publisher of the New York Times, well-known for their biased and often downright fake news.

I told the president directly that I thought that his language was not just divisive but increasingly dangerous…I told him that although the phrase ‘fake news’ is untrue and harmful, I am far more concerned about his labeling journalists ‘the enemy of the people. I warned that this inflammatory language is contributing to a rise in threats against journalists and will lead to violence.

What the media refuse to acknowledge is President Trump doesn’t bash journalism, he bashes the undeniably biased coverage from outlets that rarely held President Obama accountable for anything, apparently attempting to bolster the claim he would eventually make that he had a “scandal-free presidency”.

The reporter’s sources Obama literally put in jail would most likely disagree.

NOT A JOKE: Therapists Confirm Trump Derangement Syndrome is Real

Here’s Why the City of Austin is Considering Changing It’s Name (Hint: It’s Beyond Crazy)