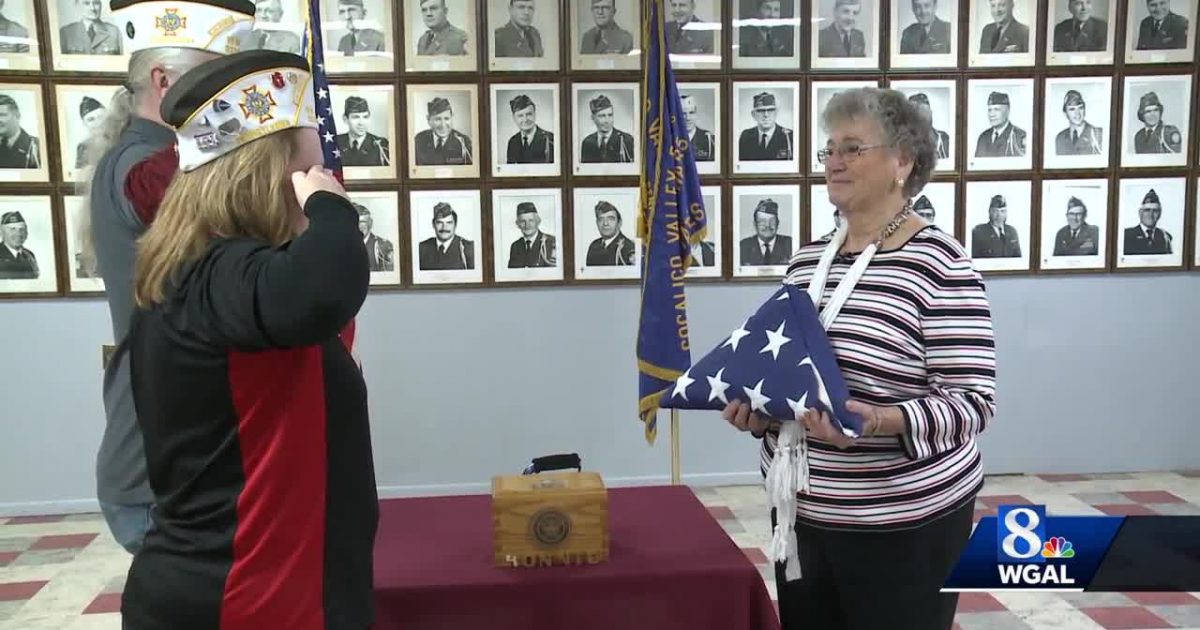 When construction worker Shane Hanna was hard at work, he encountered something amazing that would set an inspiring chain of events in motion.

Among a pile of trash and rubble in a worksite dumpster, the United States Navy’s emblem caught Hanna’s eye. Right away, he knew it was something deeply important.

His hunch was correct, and the item turned out to be an urn containing the ashes of Ronald Lee Pruitt, a Navy veteran. Hanna was committed to doing the right thing, so he hopped in and rescued the urn.

“I realized this was an urn, so there’s no way I was leaving it in the dumpster,” Hanna explained to WGAL. “Especially because it had a Navy SEAL insignia on it.”

Of course, Hanna didn’t stop at simply rescuing the urn. He had to find its rightful home, and it became his mission to do so.

Hanna quickly sought the help of the Veterans of Foreign Wars (VFW) Post in his hometown of Lancaster, Pennsylvania.

Thankfully, the VFW was eager to help. According to Post Commander Dwayne Mackenzie, VFW officials were able to locate Barbara Dixon, Pruitt’s sister, over in Delaware.

“I found his obituary and our post quartermaster did some research and actually found the funeral home that had cremated him,” Mackenzie said in a statement to WGAL.

When Dixon learned of the fate of her brother’s ashes, she hit the road and made the three hour trip to Pennsylvania to collect the urn right away. “It’s a miracle that all these people went above and beyond to find me,” she rejoiced.

“He was a real sweetheart [who] died too young,” Dixon said, remembering her brave brother. According to his obituary, Ronald Lee Pruitt died of cancer in 1996 at the age of 41.

Just how his remains found their way into a dumpster so far from home remains a bit of a mystery. WGAL noted that his ashes had originally gone to his other sister, but she died just a few years later.

Dixon was amazed at the work of “guardian angels” she credits with her brother’s discovery and was thrilled to finally be able to “put him in a proper place.”

For their part, the Lancaster VFW saw to it that Pruitt was properly honored, and they conducted a ceremony in his honor when returning the urn to Dixon.

Pruitt will finally be interred at his final resting place in a veterans cemetery in Delaware, WGAL concluded.

While it might be shocking to discover that anyone would have ever thrown this hero’s ashes in the trash to begin with, God surely had his hand on the situation and saw to it that Pruitt found his way home.

DAY ONE: Muslim Reps. Pictured With Woman Who Wants to ‘Dehumanize’ Jews